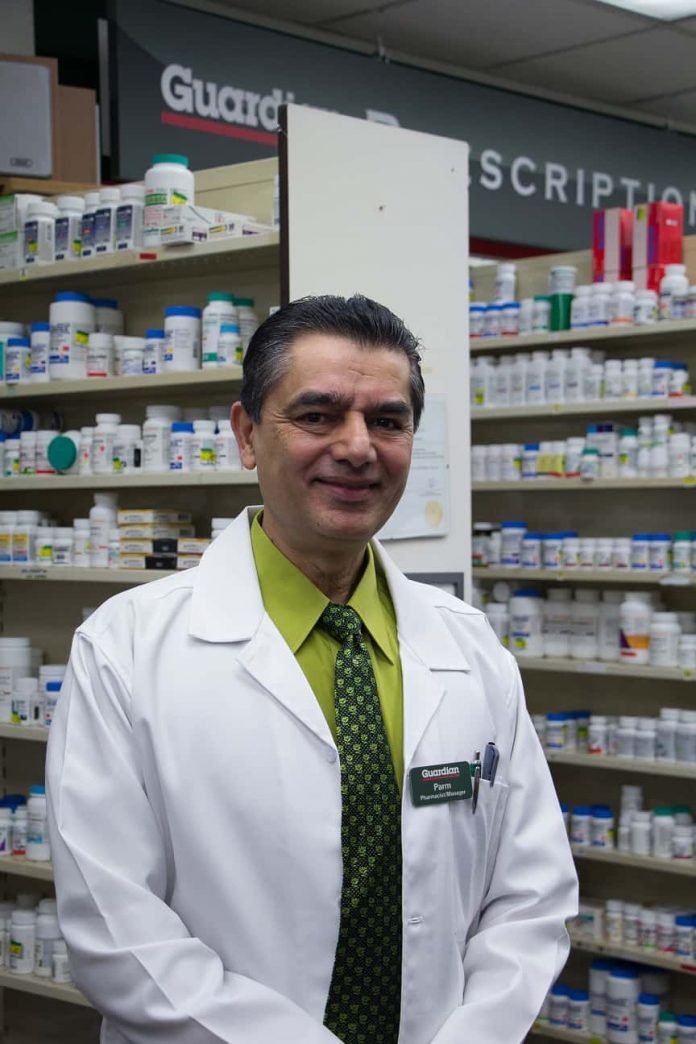 PARM Johal, the pharmacy owner and manager at Wilson Pharmacy in Port Coquitlam, is the recipient of the 2017 Pfizer Consumer Healthcare Bowl of Hygeia Award, presented by the BC Pharmacy Association (BCPhA).

This award, sponsored by Pfizer Consumer Healthcare, is presented to a pharmacist who has established an outstanding record of community service.

While Johal spent the majority of his childhood in Richmond, the draw of small town life for the budding pharmacy professional pulled him and his family to Squamish in the 1980s where he opened his first independent pharmacy and immersed himself into community life. After putting his whole heart into the Squamish community, a new and exciting business opportunity brought him and his family, including three growing boys, to Port Coquitlam in 2001, where he took over as owner of independent shop Wilson Pharmacy.

Responding to the unique needs of the Tri-Cities community, Johal soon became one of the area’s biggest supporters of mental health and senior care services, partnering with such organizations as new View Society, Coast Mental health and R.J. Kent (a residential community for seniors).

In addition to providing personalized pharmaceutical services in store, Johal has been known to visit nearby senior patients within minutes of distress, make hospital visits, meet with family members of those fallen ill, open the pharmacy after hours and even make home deliveries of not just medications but also food, if needed.

“There are people that leave footprints on our lives, and hopefully I’ve left a really positive footprint on their lives,” Johal notes.

The BCPhA Excellence in BC Pharmacy Awards recognize pharmacists and others who have gone above and beyond in their profession. The awards were presented at the BCPhA Annual Conference in Whistler last month.