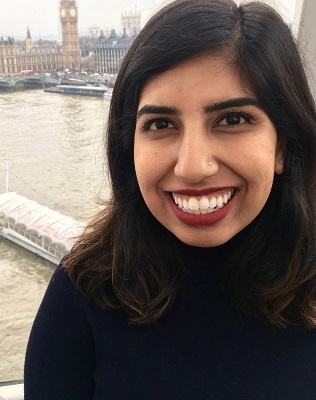 JATT pride is trending on social media. A quick search of #Jatt on Instagram alone yields nearly two million results. However, this advancement of Jatt culture disguises and obscures the experiences of Dalit (low-caste or sometimes called “untouchable”) Punjabis in their everyday lives.

Casteism is alive and thriving in the lived experiences of Punjabis in India and the diaspora. While Jatt culture is growing, silence around the issue of casteism remains. Some Punjabis believe that caste discrimination is a farce of the past, or that Sikhs do not perpetuate casteism. Yet, increasingly, Jatt is becoming synonymous with Sikh which is becoming synonymous with Punjabi, resulting in the exclusion and disregard of Punjabi Dalits.

Films, music, and social media hashtags, too, fan the flames of making Jatt culture the mainstream way of being Punjabi. The problem of Jatt dominance and Dalit erasure is one that needs to be addressed.

“Dalits and #Jatts,” an upcoming event in Surrey on Saturday, October 12, begins a dialogue about Jatt-centric culture. The event is open to the public and encourages members of the community to reorient their mindsets of casteism.

The conversation will commence with a lecture by Suraj Yengde, an award-winning activist and postdoctoral fellow at Harvard Kennedy School, who will give a historical understanding and personal narrative of casteism.

The lecture will be followed by a conversation that unpacks casteist culture to create awareness that breaks the cycle of oppression and discrimination.

The event hopes to create solidarity in the community, to have conversations about how to work as an ally, and to develop meaningful relationships that focus on coalitional and intersectional politics.

“Dalits and #Jatts” is part of a series of lectures and programs spearheaded by activists and organizations to generate conversations around anti-casteism and caste-based solidarities in Canada and across North America. Many of these conversations have drawn from the work of Dr. Sahib B.R. Ambedkar to think critically about ways to approach the issues of caste in the diaspora.

“Dalits and #Jatts” is an important dialogue to begin thinking about some of the most central tensions in our community. Opening up the conversation in Surrey will allow us to build an anti-caste platform. That is, we cannot be non-casteist bystanders, but we need to actively be anti-caste, calling out those who conflate Jatt culture with Punjabi culture and stopping the use of casteist language at its inception.

We must develop strategies, theories, actions, and practices that challenge and counter casteism, inequalities, prejudices, and discrimination based on caste. This event is the first step.

EDITOR’S NOTE: The views expressed here are those of the writer and do not necessarily reflect the views of The VOICE.