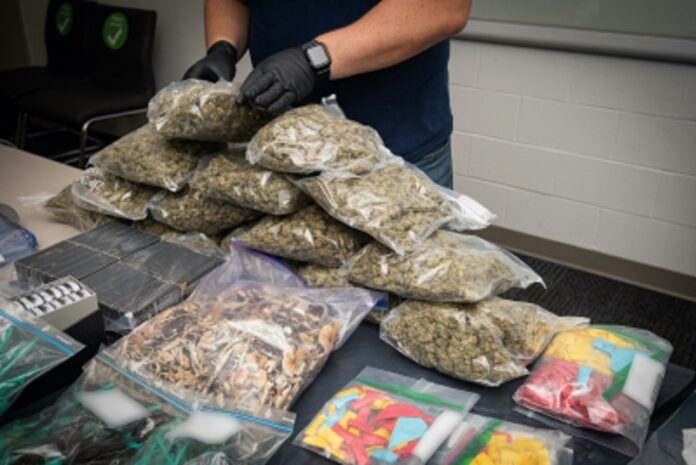 A concern from the community regarding drug dealing in South Delta has now led to the arrests of more than a dozen people in Delta and Richmond. Firearms, a large amount of drugs, and vehicles have been seized with evidence indicating links to the Hells Angels and the UN gang.

In August, the Delta Police Crime Reduction Unit (CRU) began investigating a dial-a-dope operation in South Delta. Dubbed “Project Rolling Thunder” and “Project Big Smoke” there were two main thrusts of the investigation. Warrants were executed in two locations in Delta, and three locations in Richmond:

Investigators anticipate forwarding a number of criminal charges under both the Controlled Drugs and Substances Act and the Cannabis Act to Crown Counsel.