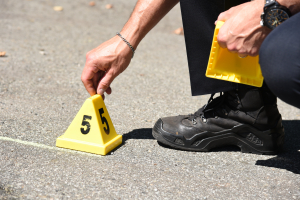 DELTA Police are asking for any witnesses, or those who may have dash cam video, and were in the area of the fatal collision in the 7300-block of River Road on Friday, June 12 to come forward.

Specifically, police are looking for witnesses to what may have occurred right before the crash in the time frame of 10:45 to 11:15 a.m. The crash occurred on River Road between Hopcott Road and Ross Road.

“Anyone who observed the pre-collision driving of either vehicle, or who witnessed the collision or elements of it is asked to contact police,” said Cris Leykauf, spokesperson for Delta Police Department, on Wednesday. “This would include anyone who may have dash cam, or who stopped at the scene to assist, and has not yet spoken with police.“

The driver of the cube van was killed in this collision, while the two occupants of the Dodge Ram were taken to hospital. The cause of this collision remains under investigation.