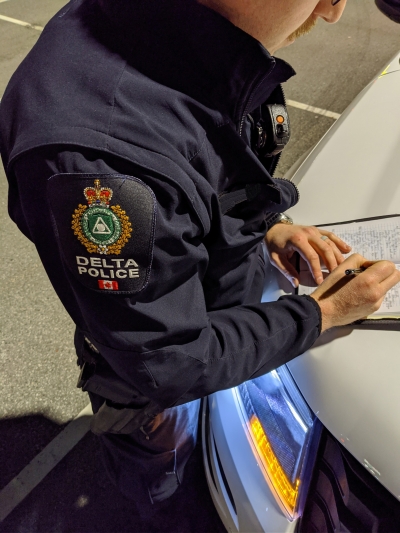 DELTA Police are confirming the details of an unusual robbery that occurred in Ladner on January 2 around 1:40 p.m. A resident was at her community mailbox in the 9000-block of Ladner Trunk Road, checking for mail, when she was sprayed in the face with an unknown substance. A suspect then stole her purse and fled the scene in a vehicle driven by an accomplice.

Delta Police were called to the scene and immediately began searching for a suspect vehicle, but were unable to locate it.

“This is a troubling event,” said Inspector Ciaran Feenan, head of the patrol section, on Monday. “I want to assure the community that police have been actively investigating this incident, and while we can’t share details, the matter is being treated very seriously.”

At this time police are not in a position to comment on the suspects in relation to this investigation.