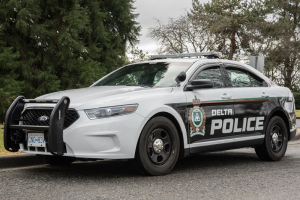 DELTA Police are asking any witnesses to come forward in regard to a hit and run that occurred around 2 p.m. on Tuesday, February 23 in the 5100-block of Ladner Trunk Road.

A teen was in a marked crosswalk between the two main shopping areas when he alleges he was struck by a burgundy-coloured older model vehicle. The teen fell, but indicates he was not seriously injured. His longboard he was carrying was damaged in the incident.

“Police would like to speak to anyone who may have witnessed this incident, or anyone who has dashcam footage and was in the area at this time,” said Cris Leykauf, spokesperson for Delta Police. “We are also encouraging the driver to come forward. The driver was described by the victim as appearing to be an elderly woman and we would very much like to hear from them.”

The victim indicates the driver was travelling eastbound down Ladner Trunk Road at the time of the incident.