THE Surrey Langley SkyTrain that former Surrey mayor Doug McCallum promised and convinced the provincial and federal governments to support in spite of massive opposition from some municipal politicians has taken yet another step towards completion.

Past Surrey mayors such as Dianne Watts, Linda Hepner and Bob Bose and the present one, Brenda Locke, pale into insignificance when compared to McCallum, who will be remembered fondly for his vision and delivery.

The Government of British Columbia announced on Tuesday that it has invited two pre-qualified bidding teams to participate in the request for proposals (RFP) stage to design, build and finance the elevated guideway, roadworks and utilities, as well as active transportation elements of the Surrey Langley SkyTrain. 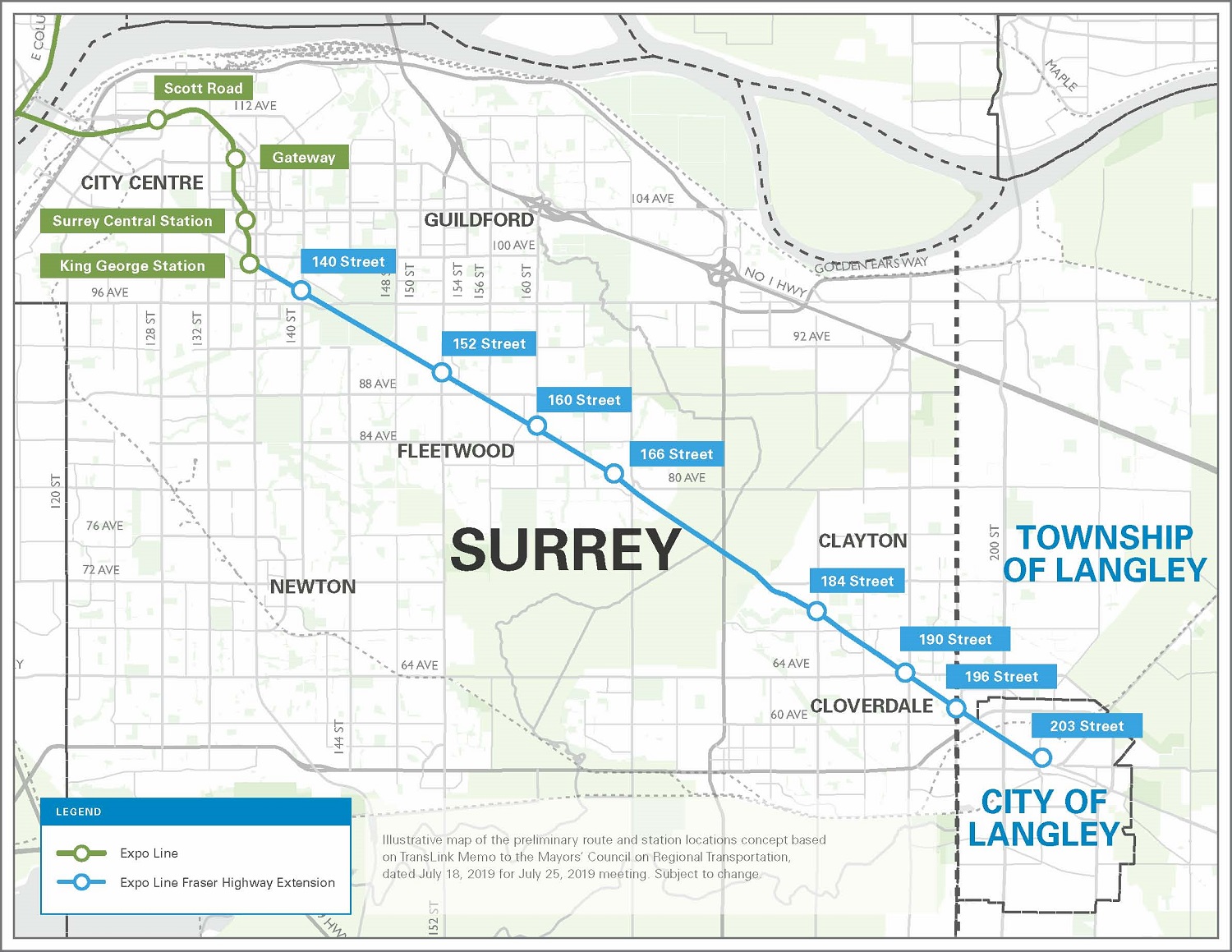 The request for qualifications (RFQ) was posted through BC Bid and closed on Novmber 1, 2022. After a thorough evaluation of the RFQ submissions, the teams invited to participate in the RFP stage are:

The Province anticipates the successful proponent will be announced in late fall 2023.

In October 2022, the Province issued a separate RFQ for the construction of eight new SkyTrain stations, including active transportation elements, such as cycling and walking paths around the new stations.

A third RFQ was issued in November 2022 for the systems and trackwork contract, including design, installation and integration of electrical systems, such as power, telecommunications and automatic controls, and the supply and installation of the trackwork.

The Province will announce the short-listed proponents for the second and third RFPs in 2023. Contract awards are anticipated in early 2024.