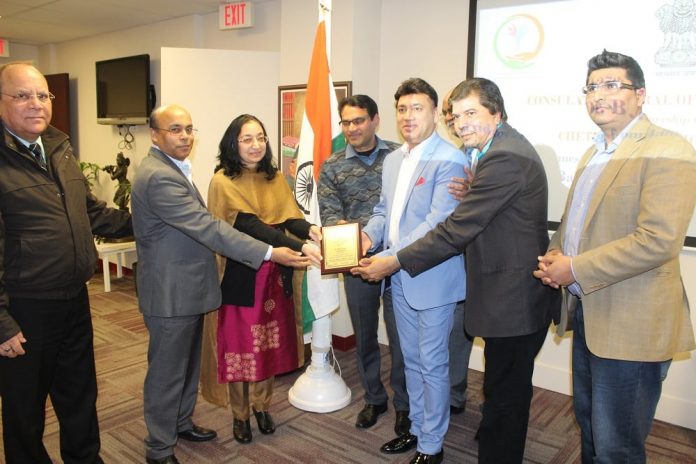 Dr. Ambedkar was an Indian jurist, economist, politician and social reformer who inspired the Dalit Buddhist movement and campaigned against social discrimination against Untouchables (Dalits), while also supporting the rights of women and labour. He was independent India’s first law minister, the principal architect of the Constitution of India and a founding father of the Republic of India, according to Wikipedia.

Special guests who also spoke at the celebrations were Dr. Samir Gandesha, Director, Institute for the Humanities at Simon Fraser University, and Dr. Anne Murphy, Co-Director, Center for India and South Asia Research at University of British Columbia. Both Murphy and Gandesha described Dr. Ambedkar as a multifaceted personality whose philosophy and wisdom are now being recognized and appreciated globally.

Abhilasha Joshi, Consul General of India, welcomed the community and shared a number of contributions Dr. Ambedkar had made. Joshi also made a particular reference to one of Dr. Ambedkar’s quote: “I measure the progress of a community by the degree of progress which women have achieved.”

Raj Toora, a prominent community supporter and philanthropist, was recognized by Shri Guru Ravidass Sabha President Bill Basra and his colleagues in appreciation of contributions he makes everyday.