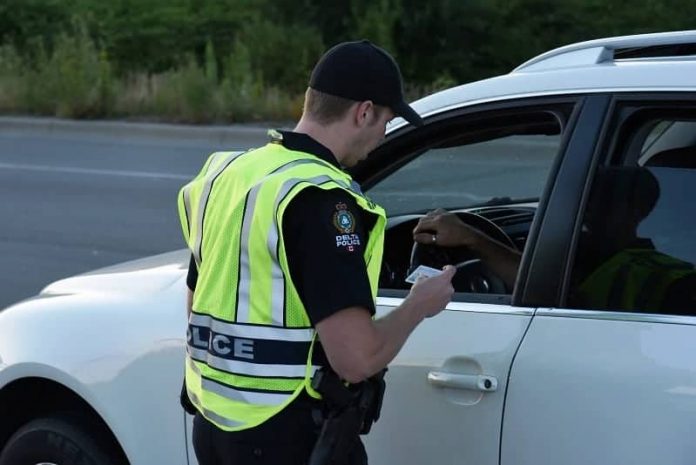 DELTA Police say that with the warmer weather this past weekend, they stopped more impaired drivers on the roads.
“We understand that with the nicer weather people may be getting together with friends and family, barbecuing, having a few drinks,” says Cris Leykauf, spokesperson for Delta Police. “But our officers want to make sure that your night ends on a good note, and not with a big fine for impaired driving, or worse, in a crash.”
Delta Police dealt with nine impaired drivers over the weekend. Penalties ranged from 24-hour suspensions to criminal impaired charges.
“A growing number of Delta Police officers are now trained to recognize drug-impaired drivers, and that’s being reflected in the number of drivers facing penalties for impaired driving,” says Leykauf.
Impaired drivers were stopped mid-afternoon in Tsawwassen on Friday, June 15, and at 10:30 p.m. on Sunday, June 17 in North Delta. A drug impaired “N” driver was handed a 24-hour driving prohibition in Ladner on June 16, as well as a violation ticket for driving contrary to restrictions.

In North Delta, an impaired driver caused a two-vehicle crash just after midnight on June 17, and now faces charges of impaired driving. Fortunately there were no serious injuries. Impaired driving is also suspected in another single vehicle crash on Highway 17 last weekend.
“Our officers also want to remind the public that the Summer Counterattack initiative will be kicking off soon, with extra officers on the road targeting impaired drivers,” says Leykauf. “Before you drink – or do drugs – have a plan for how you’ll get safely home.”