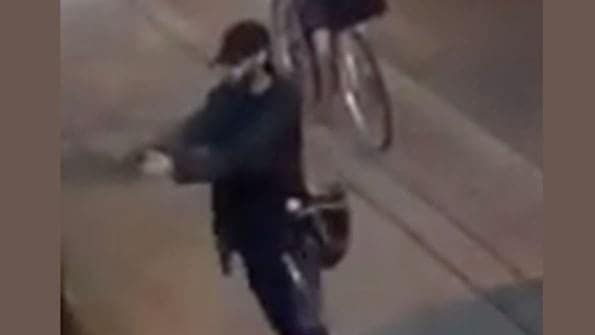 My evening was nice until I heard shooting right out of my place on the danforth. So scary!! The gun violence in Toronto is crazy. pic.twitter.com/eNHLlUlp6r

More information of Hussain’s background is coming to light, though nobody seems to know why he went on a shooting rampage.

Hussain’s sister’s death in a car accident was a turning point for the family, according to a youth outreach worker who was a family friend of Hussain’s. Last year, Faisal’s older brother, Fahad, suffered a drug overdose and as of January this year remained in a “vegetative” state, court records show, according to the Toronto Star.

In 2015, Fahad and a female companion in a car were arrested in Saskatoon for allegedly selling crack cocaine. Police seized cocaine and four cellphones. The charges were transferred to Ontario and Fahad was ordered to stay with Faroq and Sutana Hussain as a condition of his release.

In February 2017, police charged Fahad with possessing ammunition and failing to comply with bail conditions. He was released on bail and ordered to live with his surety in Pickering, immediately east of Toronto in Durham Region.

Last September, fire crews responding to a carbon monoxide alarm at his Pickering home, alerted police to a suspicious substance in the basement. Durham Regional Police found 33 guns and other prohibited devices, and seized 53 kilograms of a substance identified as carfentanil. The person who owned the home was charged with 337 firearm-related offences. The case is reportedly still before the courts.

Fahad’s Toronto charges were stayed last September, and the Saskatoon drug charges were withdrawn last January, according to the Star.

Hussain also has another brother.

The second victim of Sunday’s shooting is 10-year-old Julianna Kozis of Markham, according to Toronto Police.

Faisal Hussain, 29, of Toronto, was the shooter, according to Ontario’s Special Investigations Unit.

Hussain’s family in a statement said he struggled with psychosis and severe mental health challenges all his life.

They said:“We are at a terrible loss for words but we must speak out to express our deepest condolences to the families who are now suffering on account of our son’s horrific actions. Our hearts are in pieces for the victims and for our city.”

The 29-year-old gunman and two victims dead. 12 others in hospital.

Police do not know a motive.

A 10-year-old girl from the GTA and an 18-year-old Toronto woman are dead.

Reese Fallon, 18, has been identified by local media as the young woman who was killed.

Three victims had immediate life-saving surgery. All injured are now in stable condition.

Toronto Police Chief Mark Saunders says police know “nothing at this point in time” about the shooter.

“We have several scenes within the (crime) scene. It is disturbing. Don’t assume we already have info. If you think you have info contact police 416-808-7400,” said Toronto Police Homicide Detective Sergeant Terry Browne.

Toronto Mayor John Tory posted the following on his Facebook:

“Tonight, a despicable act has been perpetrated on the Danforth in our city.
“On behalf of all Toronto residents, I am outraged that someone has unleashed such a terrible attack on our city and people innocently enjoying a Sunday evening.
“I have talked to Toronto Police Chief Mark Saunders tonight at the scene and I have been assured police are investigating exactly what happened and why. I would ask people not to draw any conclusions until we have more information from the police. I have total confidence in the ability of our police to determine what happened here.
“I am thankful to all first responders who came as quickly as possible to help people in the wake of this horrific incident.
“I have spoken to Premier Doug Ford who has conveyed his condolences on behalf of the province and offered any assistance required.
“While our city will always be resilient in the face of such attacks, it does not mean such a cowardly act committed against our residents is any less painful – this is an attack against innocent families and our entire city.
“This is a tragedy and on behalf of all Toronto residents, we are extending our prayers to all the innocent people attacked tonight, their families and their friends.”

My remarks to City Council this morning on Sunday night's attack

My remarks to City Council this morning on Sunday night's attack:

The victims were shot with a handgun. Suspect is dead (not included in 14 victim total).

Toronto Police tweet: “Witnesses or business owners/residents who have any video or photos from Danforth Av/Logan Av to as west as Broadview Av from the time period around 10pm July 22/2018 please contact Homicide investigators 416-808-5504 during night or business hours 416-808-7400 #GO1341286″

Toronto (IANS): Multiple people in Canada were shot outside a Toronto restaurant, police said on Sunday.

A gunman opened fire with witnesses saying victims could be seen scattered across the ground for “many blocks”, News Corp Australia reported.

The victims have been sent to trauma centres across the city after the shooting started around 10 p.m. on Sunday outside the restaurant on Danforth Avenue in Greektown, Toronto police Sergeant Glenn Russell told CNN.

Witnesses said they heard more than a dozen shots ring out from inside the busy restaurant. A man dressed in black was seen in the street, firing a gun between 15 and 20 times, the police was told.

Paramedics have confirmed to the media that the victims have “significant injuries” and one of them is a child, CNN said.

Eight people have been transported to various hospitals — six to trauma hospitals, one to a paediatric trauma centre and one to another hospital, Toronto Paramedic Services told CNN partner CTV.

Two more people were en route to another hospital — taking the total to 10 patients so far.

The witnesses have been taken from the scene by bus to be interviewed at nearby police stations.