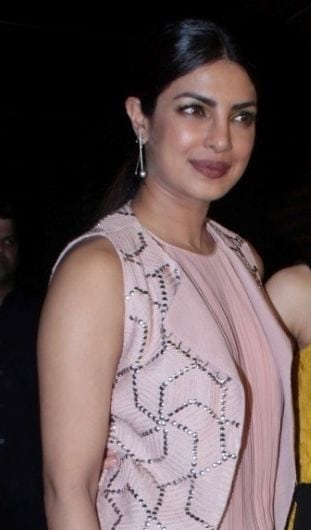 Mumbai (PTI): Actor Priyanka Chopra says she is elated to see filmmakers going an extra mile to create an innovative movie experience for the audiences.

The 35-year-old actor, who launched the interactive trailer of “Monsoon Shootout”, says leaving the control of the story’s outcome is a masterstroke by the makers of the film.

“Shoot or not to shoot? You get to decide what happens next in the trailer for Monsoon Shootout what a cool idea! So glad to see filmmakers innovate and push boundaries of the filmmaking process…

The actor is currently shooting in New York.

Featuring Nawazuddin Siddiqui and Vijay Verma in the lead, the film is being touted as the first in the country to get an interactive trailer.

The audiences will see the trailer to a point where they will be given an option to select between, ‘To Shoot’ or ‘Not To Shoot’. What unfolds in the trailer is basis of the choice the viewer makes.

Directed by Amit Kumar, the movie is a crime thriller, which premiered at the 2013 Cannes Film Festival.

Produced by Guneet Monga, Anurag Kashyap, Arun Rangachari and Vivek Rangachari, “Monsoon Shootout” is scheduled to be released on December 15.