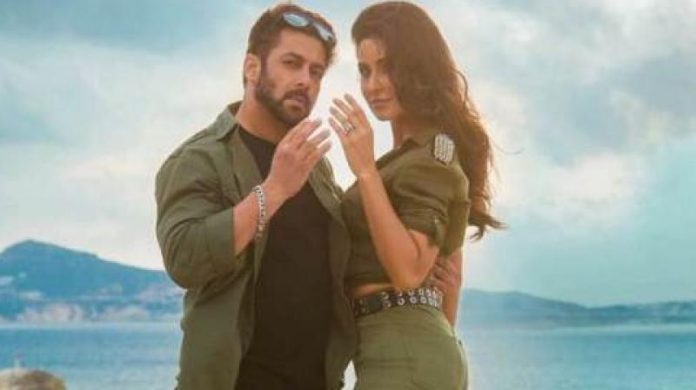 Mumbai (PTI): Salman Khan and Katrina Kaif are reuniting on the screen after five years and the superstar says he is happy to romance the actor in their upcoming film “Tiger Zinda Hai”.

The duo, who has previously worked in movies such as “Maine Pyaar Kyun Kiya” and “Partner”, will reprise their roles in the soon-to-be-released sequel to “Ek Tha Tiger” (2012).

The actor was speaking on the sidelines of Star Screen Awards in Mumbai on Sunday night.

Katrina recently appeared on “Bigg Boss”, which is hosted by Salman, to launch the film’s second song “Dil diyaan gallan’.

The 51-year-old star is happy that both the songs of the movie have been well received by the audience.

“Katrina was with me on ‘Bigg Boss’ when she gave me this information that ‘Swag se swagat’ has earned some 50 million likes. Now, we have launched a romantic song. Let’s see how it is received…

“Both the songs are nice and people are loving them. So, let’s see what happens on December 22 and what’s the destiny of the film,” he said.

The “Dabangg” star also performed some of his biggest dance numbers at the award ceremony.