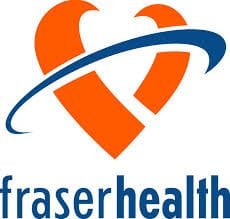 PEOPLE in health-care facilities in the Lower Mainland are benefiting from stable, consistent and supportive patient care as more support service workers, who were previously contracted out, return as Fraser Health employees.

This comes after almost 20 years of these services being contracted to private companies.

“We’re seeing excellent work done by health authorities, first with Island Health leading the way, and now Fraser Health is stepping in,” said Adrian Dix, Health Minister, on Wednesday. “Bill 47 is important to government, important to the community and most of all, it’s bringing equity and fairness to the people it impacts the most: our valuable health-service workers. Good work, Fraser Health. I look forward to your next series of repatriation efforts.”

Following the initial announcement on August 30, 2021, health authorities served notice under the terms of 21 commercial service contracts and are starting a phased approach to repatriate housekeeping and food service contracts. This process began with Island Health.

This month, the first two rounds of workers at three Fraser Health sites will be brought in house, for a total of 362 workers repatriated to the following three facilities:

“Support service workers in the health-care sector are needed now more than ever,” said Harry Bains, Minister of Labour. “They deserve fair working conditions and better pay and benefits. After years of working for private contractors, bringing them back as employees of Fraser Health is the right thing to do.”

“It’s exciting to see another advancement in the repatriation of health-service workers across British Columbia’s health authorities,” said Mable Elmore, Parliamentary Secretary for Seniors’ Services and Long Term Care. “Providing a safe space to receive care is something we strive to do for all British Columbians, and we know providing more support to our health-care workers is a crucial step in meeting that goal.”

In 2020, the process began with North Island Hospitals, which spearheaded the move independently of Bill 47 to bring 150 contracted workers in house at North Island Campus Campbell River and District, and Comox Valley Hospital.

Evidence has shown that employees who feel secure and safe in their jobs provide higher-quality care for people, and in turn, employers can attract and retain staff at a higher and more consistent level.