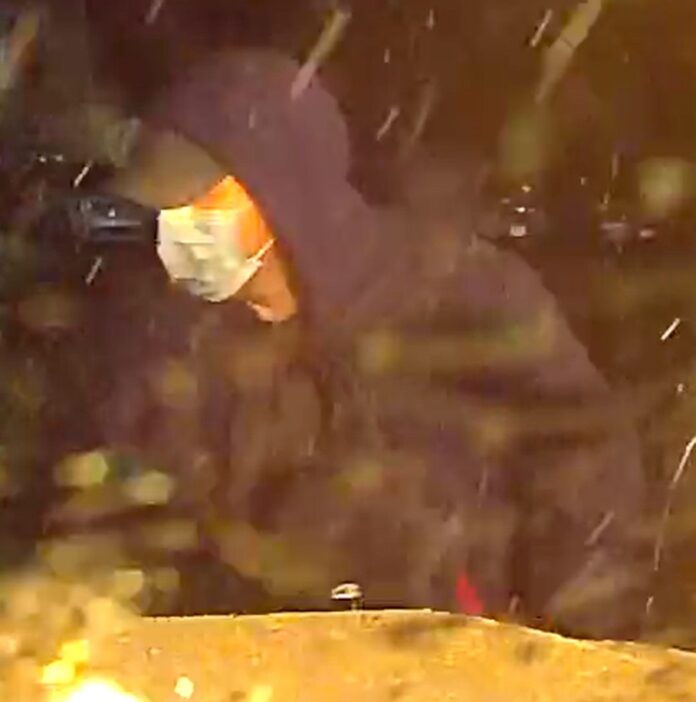 NORTH Vancouver RCMP arson investigators are seeking public assistance to identify a suspect they believe was involved in an arson to a local business.

On September 25, around 3 a.m., North Vancouver RCMP responded to a request from District of North Vancouver Fire Rescue Services for attendance to a business in the 1200-block of Welch Street in North Vancouver. At least two vehicles were on fire and a number of others were damaged by the fire.

Subsequent investigation revealed that an unidentified person, believed to be a male, was captured on video surveillance entering the fenced compound of the business at approximately 2:15 a.m., just minutes before the fire broke out. Investigators would like to identify this person, and are issuing this public appeal for witnesses or anyone with information about this crime, in the hopes of furthering the investigation.

The person is described as:

Anyone with information about this crime is asked to call North Vancouver RCMP at 604-985-1311. Anyone who has information to report but wants to remain anonymous can contact Metro Vancouver Crime Stoppers’ via their website, on their Facebook, Twitter or Instagram accounts, or by calling 1-800-222-8477. CrimeStoppers offers a reward of up to $2,000 for information leading to an arrest and charge, and a person reporting information will never be asked their name or be required to appear in court.

Benjamin Kohlman, 42, charged in arson at Masonic lodge in Vancouver