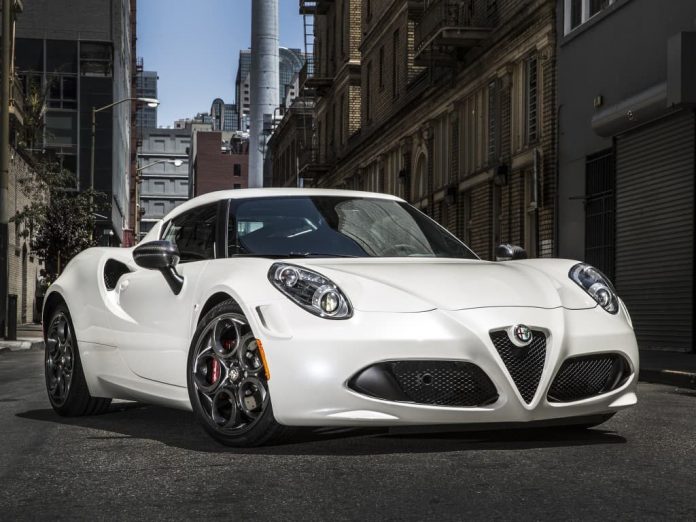 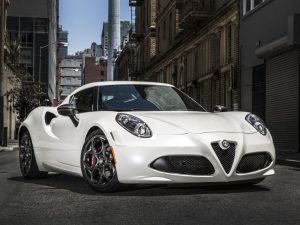 WINDSOR, Ontario – The Alfa Romeo 4C was honoured this week with a Vincentric Award for Best Value in the Luxury Sports Car category.

The award-winning Alfa Romeo 4C Coupe demonstrates its rich sporting tradition with race-inspired, mid-engine design and a state-of-the-art, Formula 1-inspired carbon fiber monocoque chassis. With seating for two and the soundtrack of an Italian performance-tuned engine and exhaust, the Alfa Romeo 4C is among the most exhilarating experiences in motoring – and represents the very core of Alfa Romeo’s DNA and heritage.

“No matter what type of vehicle a Canadian consumer is looking to purchase, we know that value is fundamental to the buying decision,” said Reid Bigland, President and CEO, FCA Canada. “To have the Alfa Romeo 4C recognized by the independent experts at Vincentric with a Best Value designation in the highly competitive Luxury Sports Car category, says a lot about the quality we are putting in these vehicles.”

“The Alfa Romeo 4C not only earned the Vincentric Best Value in Canada award but also demonstrated the lowest operating costs and the best fuel economy in its class,” said David Wurster, President of Vincentric. “If sports car buyers in Canada are looking for great value, the 4C should be at the top of their list.”

Vincentric provides data, knowledge, and insight to the automotive industry by identifying and applying the many aspects of automotive value. Vincentric data is used by organizations such as AOL, Cars.com, FCA and other OEMs as a means of providing automotive insight to their clientele. Vincentric, LLC was founded in 2004 and is a privately held automotive data compilation and analysis firm headquartered in Bingham Farms, Michigan.

Since its foundation in Milan, Italy, in 1910, Alfa Romeo continues to design and craft some of the most stunning and exclusive cars in automotive history, all while building on a racing heritage that includes some of the most talented and storied drivers and victories.

The handcrafted 2017 Alfa Romeo 4C Coupe represents the purest form of La meccanica delle emozioni, with its race-inspired, mid-engine design and state-of-the-art, Formula 1-inspired carbon fiber monocoque chassis that enables an incredible power-to-weight ratio and with advanced technologies, including the all-aluminum 1750 turbocharged and intercooled engine with direct-injection and dual variable-valve timing, which enables supercar-level performance, including 0-60 mph in 4.1 seconds.