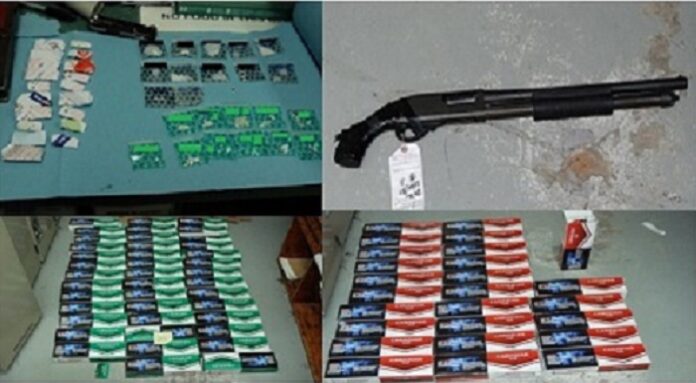 HOPE RCMP detained one person and seized a loaded shotgun, illegal drugs and contraband cigarettes during a police investigation of an alleged drug operation.

The investigation was initiated by Hope RCMP following reports to police in 2020 that linked a suspect and address to an alleged drug trafficking operation.

On April 21, 2021, Hope RCMP General Investigation Support Team (GIST) supported by frontline officers executed a Controlled Drug and Substance Act (CDSA) search warrant of a residence in the 200-block of Commission Street. Police released one person detained during the execution of the warrant.

Officers seized packages containing drugs believed to be heroin, fentanyl, crack cocaine and methamphetamine, a loaded shotgun, paraphernalia consistent with the sale of illegal drugs and alleged contraband cigarettes during the execution of the search warrant.

Following a thorough investigation and review of evidence, the RCMP will forward all circumstances to the investigation in a report to the Public Prosecution Service of Canada (PPSA) for their assessment of CDSA charges.

“Reports of suspicious activity made to police by citizens became the launch pad of our investigation,” said Staff-Sgt. Travis De Coene of Hope RCMP. “We remain committed to the safety of our community. The prevention of illegal drugs from reaching the streets is a stride in that commitment.”
RCMP remind everyone who witnesses anything they believe to be suspicious in nature to contact police at 604-869-7750 or, should they wish to remain anonymous, to call Crime Stoppers at 1-800-222-08477 (TIPS).