Home Bollywood If something matters to me I will always speak up: Twinkle Khanna
Facebook
Twitter
WhatsApp
Email 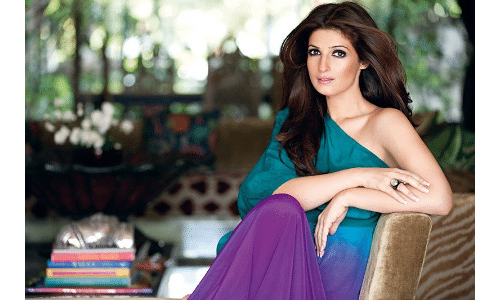 Mumbai  (PTI):    Her witty sense of humour and sassy remarks may have landed her in trouble quite a few times, but Twinkle Khanna says she would never mince her words for something she believes in.
The actor-turned-author, who has been trolled a lot of times on social media for her comments on various issues, says she does not care what others think about her and will continue speaking her mind.
“It depends on what frame of mind you are in. When something moves you or matters to you, you give an opinion. If something matters to me I will always speak up. It may not be a very important thing but it may have entered my sphere of what I feel is important,” Twinkle told PTI in an interview on the sidelines of a L’Oreal Professionnel event.
The 43-year-old star launched “Only In Salons” campaign by the professional hair care brand.
The latest Twitter controversy in which Twinkle and her actor husband Akshay Kumar were embroiled was over the auction of the naval costume from “Rustom”.
The couple had announced that the costume from the film, in which Akshay played an Indian Navy officer, would be auctioned and the proceeds would fund animal rescue and welfare.
Twinkle, however, received backlash from an Army officer, who tweeted that she would get a “bloody nose” if she auctions the costume.
Undeterred, the actor had said she would initiate a legal action against the man.
Both Akshay and Twinkle were served legal notice and were accused of “playing with the sentiments” of the armed forces by putting up for auction a naval costume.
Asked if she thinks people did not understand the intention behind the cause or was it a mistake on her and Akshay’s part, Twinkle said, “I don’t really sit and think what other people are thinking. I have a very short time on this planet and I have decided that there are two things that I want to do – I want to leave this world better than what I found and I want to thoroughly enjoy myself in this process. That is all that matters to me.”
- Advertisement -
Trending