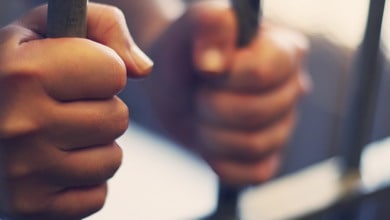 New York (PTI): A 44-year-old Indian-American has been sentenced to 15 years in prison for duping over 100 investors of USD 33 million through fraudulent schemes.

Navin Shankar Subramaniam Xavier, a resident of Florida, was the former Chief Executive Officer of Essex Holdings, the company through which he carried out two fraud schemes.

He was sentenced this week to 15 years in prison by US District Judge Darrin Gayles in Miami.

Xavier was convicted by guilty plea in January on two counts of wire fraud. One wire fraud count related to the investment fraud scheme and the other count to the South Carolina economic development scheme.

According to documents filed in court, from September 2010 through May 2014, Xavier operated Essex Holdings from an office in Miami and raised more than USD 30 million from nearly 100 investors for supposed investments in sugar transportation and shipping, as well as iron ore mining in Chile.

He used false financial statements, forged documents and false promises of fixed rates of return, to induce people to invest in company. Most of the money was used for purposes other than what was promised, including to support lavish spending by Xavier and his wife for expensive jewelry, luxury vehicles, wedding expenses, and cosmetic surgery.

Evidence filed in court showed that the actual investor losses from the scheme exceeded USD 29 million.

The second scheme involved Xavier using Essex Holdings to obtain USD 1.2 million in payments and approximately USD 1.5 million worth of commercial real estate from the South Carolina Coordinating Council for Economic Development (SCCCED), a division of the South Carolina state government, that was supposed to be used to develop a dilapidated industrial property into a diaper plant and rice packaging facility.

According to documents filed in the court, he provided false financial documentation to SCCCED in order to obtain the contract, and later provided fake contractor invoices and fake bank statements in order to get paid under the contract. As with the investment fraud scheme, Xavier spent a significant portion of the development money for his personal expenses, and wired some of it to the same overseas accounts used in the investment fraud.