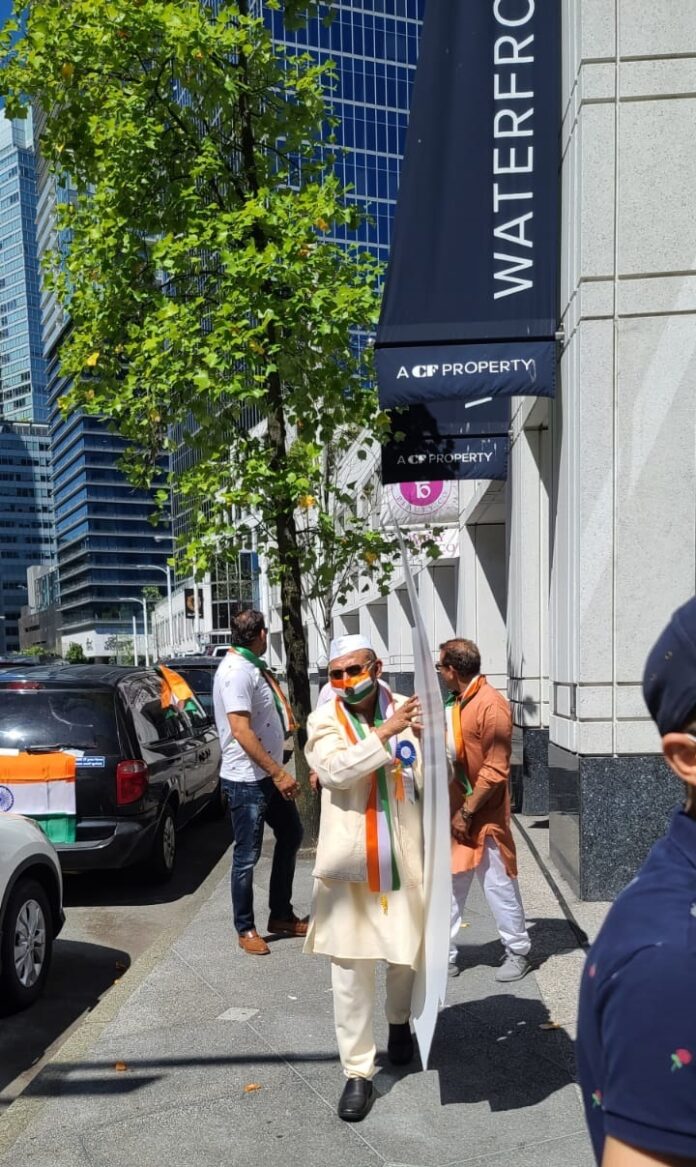 GURUKUL Educational and Cultural Society with the support of Friends of India and Canada celebrated Indian Independence Day on August 15 with a flag-hoisting ceremony, singing of the national anthems of Canada and India, and speeches followed by a car rally from Surrey’s York Business Centre to the Indian Consulate Downtown Vancouver.

Volunteers distributed flags and refreshments, and vehicles were decorated with Canadian and Indian flags. Among those who spoke on the occasion were Neema Manral , Ashish Manral, and Succha Singh Mann. The organizers said that they limited the number of participants because of COVID-19 precautions, They said the event was to strengthen ties between the two countries and create more awareness between them and they hoped to include Indian food, dances, music and other aspects of its culture at next year’s event.

One of the organizers, Siddharth Choudhary, said participants exhibited tremendous fervour that inspired them all.