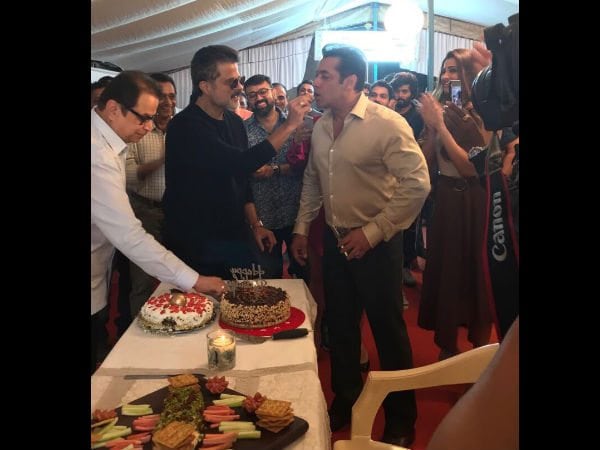 Mumbai (PTI): Actor Anil Kapoor, who turned 61 on December 24, celebrated his birthday with the cast and crew of his upcoming film “Race 3”.

The veteran actor posted on Twitter a photo him offering cake to his co-actor and film’s lead Salman Khan at the mini party organised on the sets.

“Who says an on-set birthday has to be boring! My birthday was made extra special by the Salman Khan Films and Tips teams! Thank you all for your love and wishes!” Kapoor wrote on Twitter.