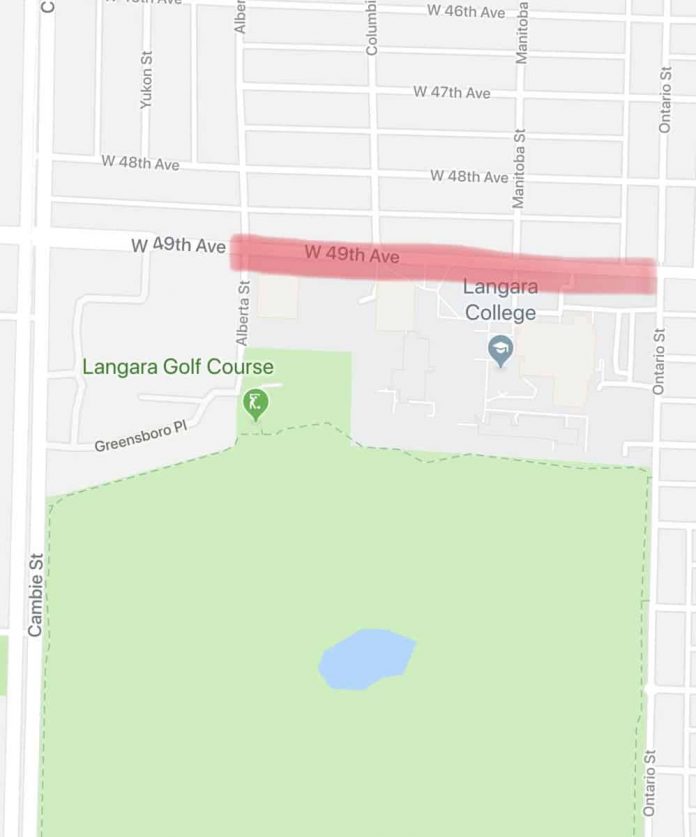 VANCOUVER Police say that a fire in Langara College may have been deliberately set. Police said they were on site to ensure the safety of staff, students and residents of the neighborhood. Officers were systematically going through the school to identify any additional hazards. No injuries have been reported, according to a tweet by police.
Police requested people to avoid the area of West 49th Avenue from Ontario Street to Alberta Street. They said they were assisting Vancouver Fire Rescue with evacuating the school.
- Advertisement -
Trending