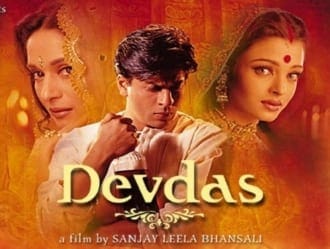 Mumbai  (PTI): Madhuri Dixit Nene and Shah Rukh Khan took a trip down the memory lane to celebrate the 16th anniversary of their film “Devdas”.
The actors, who starred in the 2002 magnum opus directed by Sanjay Leela Bhansali, took to social media to mark the occasion.
Madhuri, who played Chandramukhi to Shah Rukh’s Devdas in the film, shared a picture from the sets of the film on Twitter.
“Throwback to ‘Devdas’ which will always be a film very close to my heart! From working with all the talented actors and technicians to the dances to wearing some of the finest outfits and excellent performances. It was so much fun to be a part of this beautifully crafted film,” she wrote.
Retweeting her post, Shah Rukh praised his co-actor for her memorable dance performance in the film’s iconic number “Maar Daala”.
“And you will always be close to our hearts You will always be the one jisne (who) ‘Maar Daala!'” he wrote.
The film also marked playback singer Shreya Ghoshal’s Bollywood singing debut.
“Everyday I wake up in my current US time zone and I see that you have sent me so many tweets during the day and made another thing about me trend on social media! Thank you! Always grateful!” Shreya tweeted.
Based on a 1917 Bengali romance novel by Sarat Chandra Chattopadhyay, “Devdas” also featured Aishwarya Rai Bachchan who played Paro, with Jackie Shroff essaying Chunni Babu.
Before Bhansali, several filmmakers have adapted the novel for the big screen, spreading across different languages, which also includes Bimal Roy’s “Devdas” (1955), starring Dilip Kumar, Suchitra Sen and Vyjayanthimala.