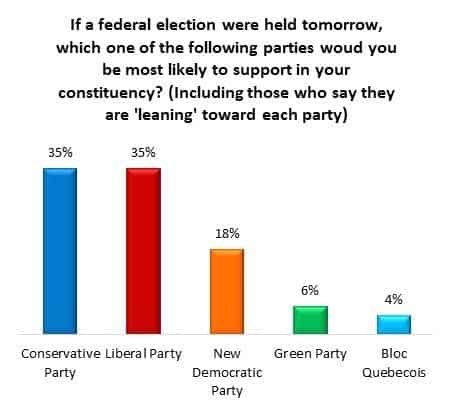 LONG removed from heady memories of buoyant voters, a bright change in tone, and easy wins with the public, Canadians are approaching the two-year anniversary of the 2015 election with a far less enthusiastic, even jaundiced eye on Prime Minister Justin Trudeau and his government, a new Angus Reid poll has found.

marginally more inclined to say the Liberal government’s failures have outweighed its accomplishments.

The combination of perceived hits and misses on policy and direction from the Trudeau government is changing the dynamics of federal politics in this country.

Were an election held tomorrow – the Liberal Party would find itself in a dead heat with the Conservative Party – fighting to hold onto power.