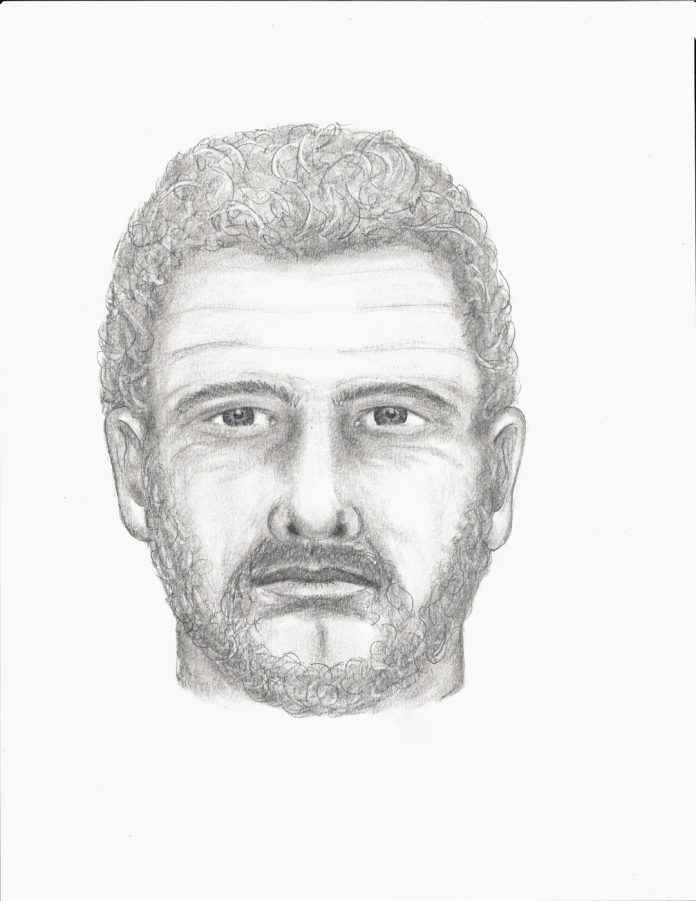 SURREY RCMP are asking for the public’s assistance in identifying a man involved in a suspicious circumstance in the South Surrey area.

On March 4, police responded to a report of a suspicious circumstance in the 13300-block of 18A Avenue in South Surrey. Shortly before 5 p.m., a 12-year-old girl was approached by a man in a blue ‘work’ van as she walked down 18A Avenue. The man asked the girl if she needed a ride. The girl ran away and reported the incident.

Investigators are now seeking assistance from the public to identify the driver of the van and are releasing a composite sketch of him. He is described as a white man, 40 years-old, with a short, brown full beard, and brown hair.

The vehicle in this incident is described as an older-model work van. The colour is described as blue, with dark blue at the top and gradient shades of lighter blue towards the bottom. It has tinted windows and two bumper stickers on the rear window – one is a 4”-circumference black-and-white circular sticker with a skull in the center; the second is a 4”-wide hand making the ‘sign of the horns’ or ‘rock-and-roll’ gesture. The vehicle also had a yellow tree-shaped air freshener and a round ‘peace’ symbol hanging from the rear-view mirror.

“Surrey RCMP take all reports of this nature seriously and work closely with youth and their families to ensure their safety,” said Constable Richard Wright on Wednesday. “We would like to identify this man and speak with him regarding the incident.”