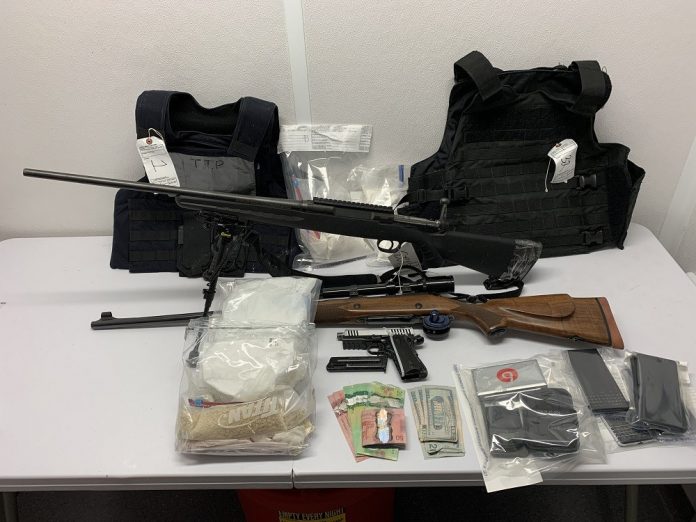 Bulk quantities of drugs believed to be fentanyl and heroin, together with smaller amounts of methamphetamine and cocaine, paraphernalia consistent with the preparation and sale of illegal drugs, cash, stolen property, a loaded .22 calibre pistol, rifles, and explosive blasting caps were seized by police during the search.

Following a thorough investigation and review of evidence, all circumstances of the investigation will be forwarded in a report by the RCMP to the Public Prosecution Service of Canada (PPSC) for their assessment of CDSA charges.

“Our priority is the safety of the community,” said Cpl. Mike Rail. “At a time when social distancing is a critical social responsibility a drug / crime house becomes more conspicuous.”

Tips on how to spot a crime house or drug dealer in your neighbourhood:

· Traffic stops where a resident comes out to talk briefly with occupants of the vehicle.

· House lights are always on.

Police remind everyone who witnesses anything they believe to be suspicious in nature to contact the Chilliwack RCMP at 604-792-4611 or, should they wish to remain anonymous, call Crime Stoppers at 1-800-222-8477 (TIPS).