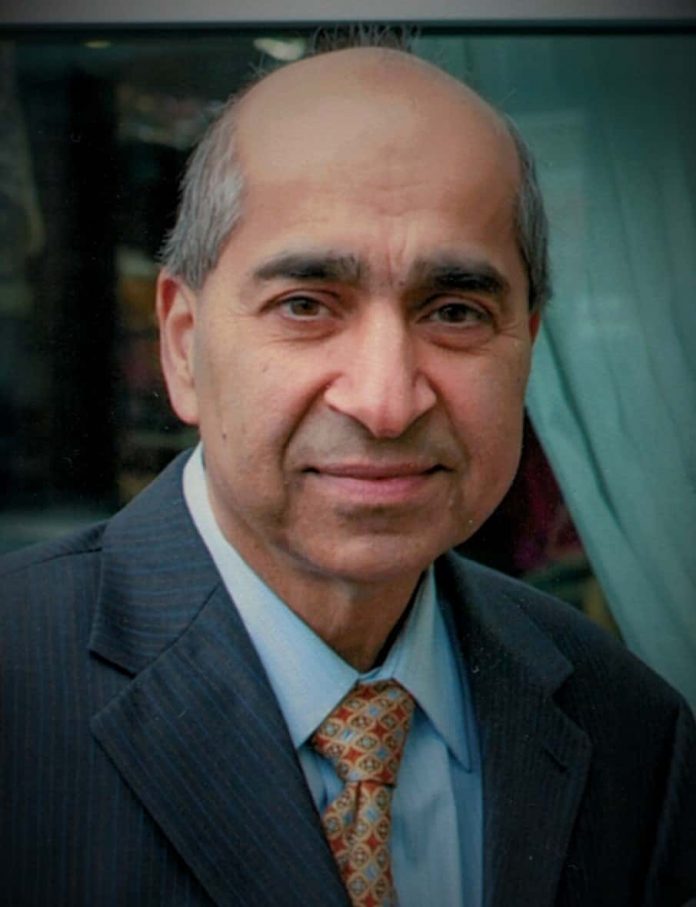 Ranjit Singh Sidhu, 66, passed away peacefully on June 8 at Laurel Place Hospice in Surrey. Born in Phillaur, Jalandhar district in Punjab, India, Ranjit emigrated to Canada in 1975 and started in Williams Lake before settling in Surrey. He worked as an accountant, eventually opening his own practice in 1994 at office located on Scott Road.

Ranjit was well liked and respected in the community as a result of his friendly demeanor, integrity and moral values. He loved to interact with people.

Ranjit is survived by his wife, brother, sister, son (and wife), granddaughters as well as many cousins, nieces, nephews, relatives and friends. He was predeceased by his father and mother, Gurbaksh Singh and Mohinder Kaur Sidhu, and by his youngest son, Manmit (Sunny) Sidhu.

Funeral Services will be held on Saturday, June 17 at 3 p.m. at Riverside Funeral Home on 7410 Hopcott Road, Delta.