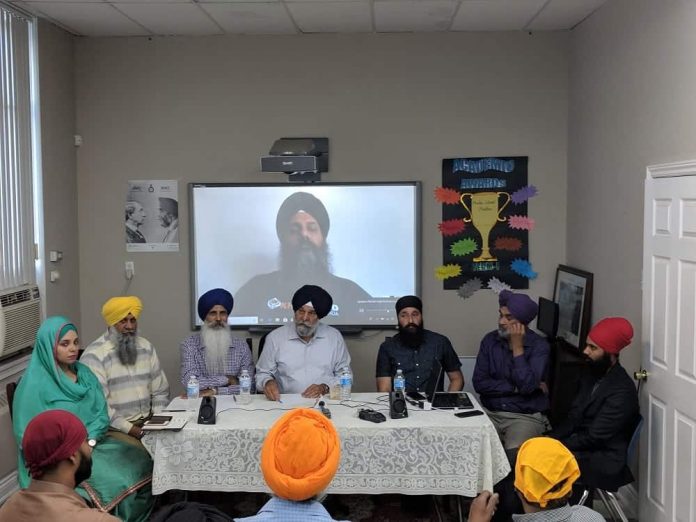 MISSISSAUGA: The Ontario Gurdwaras Committee (OGC) and the Ontario Sikhs and Gurdwaras Council (OSGC) hosted a joint press conference to discuss and highlight the current situation of Sikhs in Afghanistan and to determine the next steps in providing help and aid to those affected.

The recent deadly terror attack that targeted Sikhs and Hindus in Afghanistan has left the Canadian Sikh community devastated and it has also highlighted the inaction on the private sponsorships of 65 Afghan Sikh and Hindu families that have not yet been processed, the Sikh representatives said.

The Afghan Sikh and Hindu communities are in a crisis situation with a lack of safety and security for their lives. The Canadian Sikh community expects more from the federal  government and urges it to:

1. Recognize Sikhs and Hindus in Afghanistan as vulnerable minorities and develop an appropriate plan of action with our international allies to directly evacuate them from their current situation without requiring them to first go to a third country.

2. Fast track and fully complete the files of the 65 Afghan Sikh and Hindu refugee families who have been privately sponsored and whose files are being processed.

Over the coming days, members from the Sikh Community will be engaging with the government and elected officials to develop the path forward for those impacted by the violence in Afghanistan.

The representatives said that to ensure awareness of the situation and to encourage the government to act swiftly, Canadians are encouraged to reach out to their elected officials to make their concerns and expectations known.