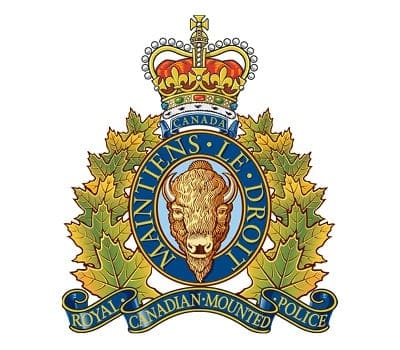 SHORTLY after 3:30 p.m. on Monday (August 21), officers from the Richmond RCMP Road Safety Unit (RSU) were conducting distracted driving enforcement along the No. 3 Road corridor when one of them initiated a vehicle stop near the area of Alderbridge Way after the driver of a northbound travelling brown 2005 Audi 4-door was observed allegedly using a mobile device while driving.

The Audi stopped but abruptly turned and headed eastbound along Alderbridge Way, striking an officer. The officer sustained non-life threatening injuries and was transported to hospital by the BC Ambulance Service.

The Audi collided with a police vehicle near Alderbridge Way and Shell Road after attempts were made to stop it. The Audi then collided with a second vehicle driven by a civilian and was last seen travelling at a high rate of speed northbound on Garden City Road towards Sea Island Way.

The badly damaged Audi was later found abandoned in the 7000-block of Heather Street in Vancouver around 10:30 p.m. with assistance from the Vancouver Police Department. The vehicle is currently being examined by Lower Mainland District Forensic Identification Service (LMDFIS).

The Richmond RCMP General Investigation Section (GIS) is investigating this matter and a potential suspect has been identified.

If anyone has any information on this matter, contact the Richmond RCMP at 604-278-1212 or by email at Richmond_Tips@rcmp-grc.gc.ca