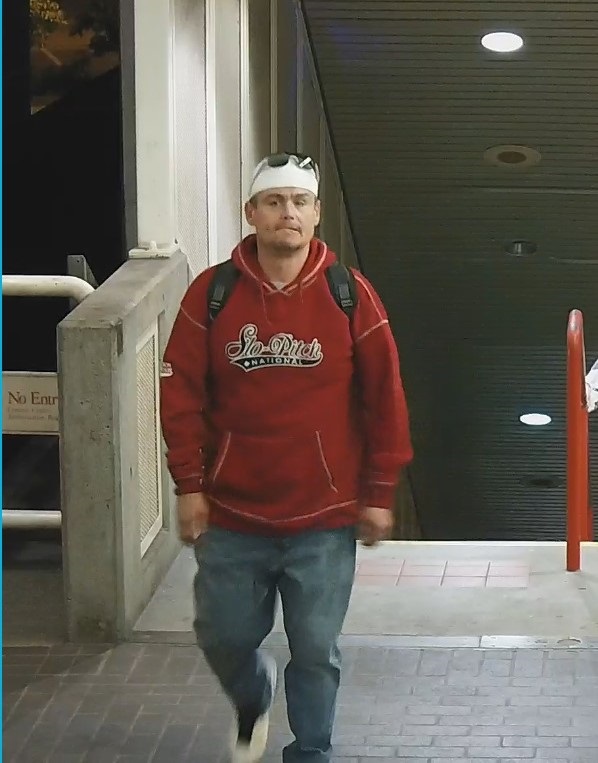 METRO Vancouver Transit Police are asking for the public’s help in identifying a suspect who allegedly committed two robberies, choking the victim in each of the incidents until they became unconscious.

The second incident occurred on August 20, at approximately 11:45 p.m., when the suspect approached a 26-year-old man as he entered the Stadium SkyTrain Station. The suspect started a conversation with the victim. The victim felt unsafe and tried to leave but the man allegedly grabbed the victim, placing him in a headlock and choking him until he was unconscious.

In this incident, the suspect stole the victim’s wallet. The victim’s credit card was later used to make a $400 purchase from a convenience store.

The suspect is described as a white or Indigenous male in his late 30’s, approximately 5’8-5’10, with a stocky build and short brown hair. In both circumstances, the suspect had a pair of unique white-framed glasses with reflective lenses worn propped up on his head.

Transit Police say they are very concerned by the level of violence this suspect is willing to use. Anyone with information about the identity of this suspect, or who witnessed this incident, is asked to contact Transit Police tip-line at 604-516-7419 or text them using code 87-77-77 and refer to file 2019-15236.