IT is with great sadness that we announce the sudden passing away of well-known journalist Balbir Singh Cheema of Surrey because of a heart attack on Thursday (May 25) evening. He was 55.

Cheema leaves behind his wife, son and daughter. He was the younger brother of Shaheed Bhai Sher Singh Pundori. 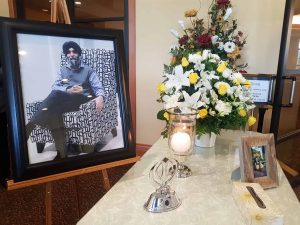 Cheema, who came to Canada in 1994, was with Punjabi Guardian. He had also worked with Chardi Kala newspaper.

Cheema was deeply involved in community work and was very well respected. News of his death was received with shock and grief.