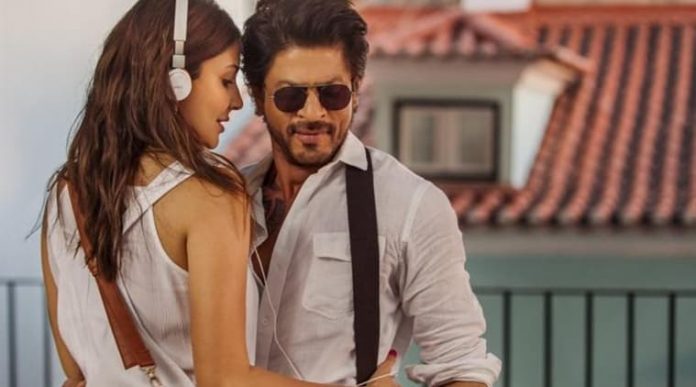 New Delhi (PTI):Her initial years in Bollywood saw her play the bubbly girl in films, but actor Anushka Sharma says she has now progressed in her career and moved beyond the “extrovert kind of roles”.

The 29-year-old actor, who made her Bollywood debut opposite Shah Rukh Khan in “Rab Ne Bana Di Jodi”, says she realised after a while that she could no longer identify with such characters.

“I remember there was a time in my life when I did a lot of these extrovert kind of roles. But there was this phase when I got really… Maybe because I was changing as a person, I realised I could not relate to these things anymore,” Anushka told PTI in an interview.

The actor says this change confused people around her, who felt she had suddenly become a different person.

“There were people around me, who had perhaps known me for a while like friends, industry people and journalists, they felt that there was something wrong with me. That suddenly I was different. But that’s the natural progression that you go through.”

The actor, who has emerged as one of the top female stars in Bollywood within a short span of time, has teamed up with Shah Rukh for the third time with “Jab Harry Met Sejal”, a romance drama by director Imtiaz Ali.

The actor says while the pragmatic outlook of her character may appear like her real-life persona, Sejal was quite dissimilar to her and it took her a while to understand and approach the part.

“Imtiaz and Shah Rukh have also said that Sejal, according to them, is similar to me but a lot of times we associate a screen image that an actor has to his or her own personality. How we diversify these roles is very simple – the girl is either bubbly or she is serious.

“But this extrovert persona carries a lot of other personalities. I think Sejal and I are quite dissimilar,” she says.

Talking about Imtiaz’s films, Anushka says she likes his approach towards women and his ability to take the usual and create something unique out of it.

“His female characters are seeking freedom, whether they are aware of it or not. It is something that most Indian girls will be able to relate to. This is why his stories are so popular, especially amongst the youth and people who are at the fulcrum of that change. It happened to me when I saw ‘Jab We Met’ because I was at that stage in my life.”

Anushka says while there is a lot of discussion on women’s rights and equality, she belongs to the generation, which is still rooted that is also seeking independence.

“Today we talk about how women want to be treated in a certain way and rightfully so. At the same time, I feel that we, especially my generation, come from the protected family set-ups. And while we are working and getting educated, we are also the generation which is in the middle of protectiveness and at the same time seeking that freedom.”

The actor says while some people might feel Ali’s characters are not feminists, they do not realise that these women are coming out of the strong holds of their families.

She says Ali understands this duality and the conflict arising out of it.

“Imtiaz’s female characters fight for that freedom. We, as women, have to fight for our freedom. I know I have. All of us do. Certain things are very normal for the other gender and sometimes they don’t even understand it (the struggle). But he understands that aspect.

“I have come from a regular middle-class background and I have experienced these things and I have been at that juncture in life where what I knew of the world or how the world was perceived for me, started to shift because of my personal progression. That happens a lot with Indian women.”