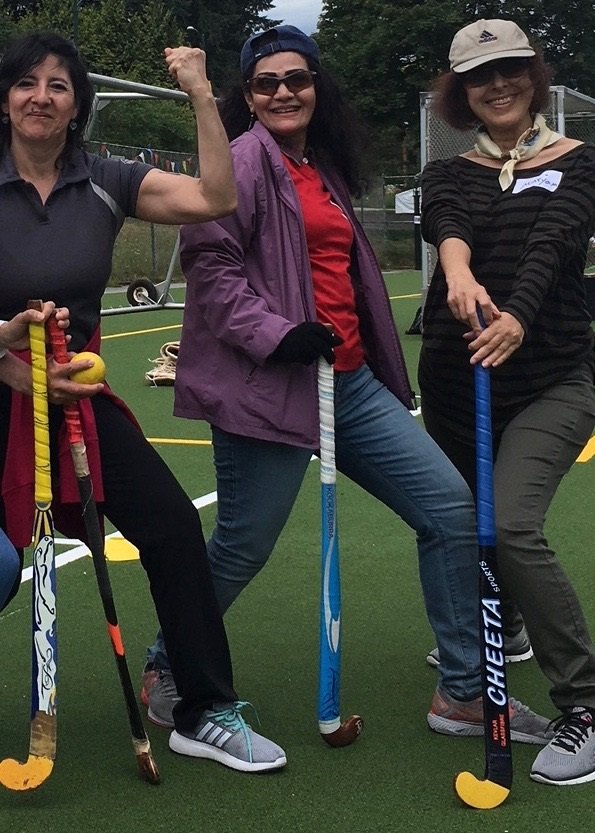 CANADA’S second oldest sports club is not in Eastern Canada as most would imagine, but in Vancouver. The Vancouver Hawks Field Hockey Club celebrates its 125th anniversary this year and together with a number of exciting initiatives taking place in 2019, is also planning to introduce this popular sport to recent immigrants to Canada.

Says President of The Vancouver Hawks, Andrew Dewberry: “Field hockey is the second most played sport in the World (after soccer) and many immigrants and refugees to Canada are aware of the sport which may have been played extensively in their country of birth. We plan to encourage those newly arrived to Vancouver who know of it and those who do not, that it is a fun way to get acquainted with Canada and Canadians and a really great way to make new friends.”

For the second year The Vancouver Hawks is partnering with the YMCA Immigrant Services for an introductory evening of field hockey. Last year over 40 immigrants and refugees from Syria, Iran, Iraq, India and Pakistan, to name just a few countries, all took part. Vancouver Hawks team members will be on hand to provide coaching and encouragement to the Canadian newcomers and there will also be a BBQ, refreshments and demonstrations. And as the Hawks have members of every age, this celebration of the game is not just targeted to the young: dads, mums, boys and girls are all encouraged to come and have a go and join in the fun.

“The Vancouver Hawks currently have over 1,000 members aged from 4 to 80, but we always have room for more. Playing field hockey is a great way for everyone to make new friends and get acquainted with the community,” says Alex Bale, Manager of The Hawks.

This special event is taking place on Tuesday, June 25 at Eric Hamber Field in Vancouver (Oak and 33rd) from 5 to 8:30 p.m. All equipment will be supplied for the newcomers.