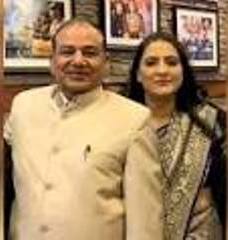 ONTARIO’S Peel Regional Police on Friday said that investigators from the Homicide and Missing Persons Bureau have taken over a suspicious death investigation in Brampton.
The woman has been identified by friends as Sangita Sharma.

Global News reported that neighbours told them that Sharma’s husband, who they said was a priest at Hindu Sabha Temple in Brampton, discovered his injured wife and called paramedics.

The victim previously owned Torbram Pharmacy and sold it a couple of years ago and Global News reported that employees said she still worked periodically as she knew many of the customers.

Police said that on Thursday, August 13, emergency services received a call in regards to a woman that was located with obvious signs of trauma within the garage of a residence. The woman was transported to a local hospital in life-threatening condition, where she later died as a result of the injuries she sustained.

Investigation has revealed that the victim, a 56-year-old woman from Brampton, had an apparent gunshot wound which resulted in the trauma that she was located with.

Homicide investigators, with the assistance of divisional officers, have obtained surveillance footage from the area and have identified two suspects and a black sedan that are of interest.