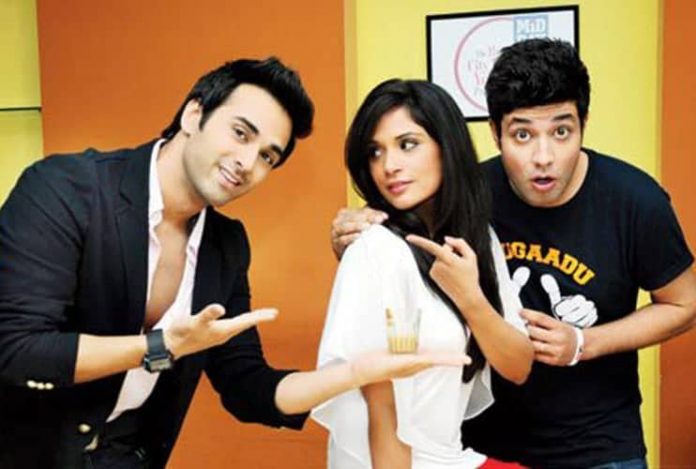 Mumbai (PTI): Pulkit Samrat says the team is not facing the “burden of expectations” with “Fukrey Returns” as they never expected the first movie to be a box office success.

Produced by Farhan Akhtar and Ritesh Sidhwani, the film, set in Delhi, was about four men — Hunny (Pulkit), Choocha (Varun Sharma), Lali (Manjot Singh) and Zafar (Ali Fazal) – who dream of making it big and want to make easy money.

They approach the notorious Bholi (Richa Chadha) to invest in their plan but things go haywire and how they escape from it formed the plot line of “Fukrey”.

In an interview with PTI, Pulkit says, “We made the first part of ‘Fukrey’ with just the hope that people will like it and the film went on to another level (referring it to be a super hit). So I am not keeping any burden on me, no expectations for the sequel.”

While “Fukrey” went on to become a sleeper hit upon its release in 2013, Pulkit says the team did not succumb to any pressure during filming of the sequel.

“There was a little nervousness before we started but the moment we met, we bonded as the characters. We automatically came into that zone. We wouldn’t have been able to work if we gave in to the pressure,” he adds.

The film steers away from crass jokes and double meaning dialogues, something which Pulkit said comes from the sensibility of everyone involved with the project.

“Excel Entertainment has a certain sensibility with which they make films. We all, including Ritesh and Farhan, share the same sensibility. All the scripts I am sure go to Javed (Akhtar) uncle as well. You can’t pass anything crass with them.”

The film is scheduled to release on December 8.

The 33-year-old actor, who made his debut with “Bittoo Boss” in 2011, had two releases last year — “Sanam Rey”, which got mixed response, and “Junooniyat”, which bombed at the box office.

Pulkit said even though “Sanam Rey” worked, he was expecting “Junooniyat” to do well.

“Even T-Series was not expecting it to work (producer of both films). But that’s okay, it really doesn’t matter. You should keep working hard in the hope that people will appreciate it.”

The actor said he does not feel heartbroken when a film fails and instead tries to focus on doing good work, sans any burden.

“I am neutral when a film fails. If you stop getting work, than it should stress you. If the offers are coming in, than that’s okay. One film might not work, the other will.

There is no insecurity with regard to that (failure),” he said.