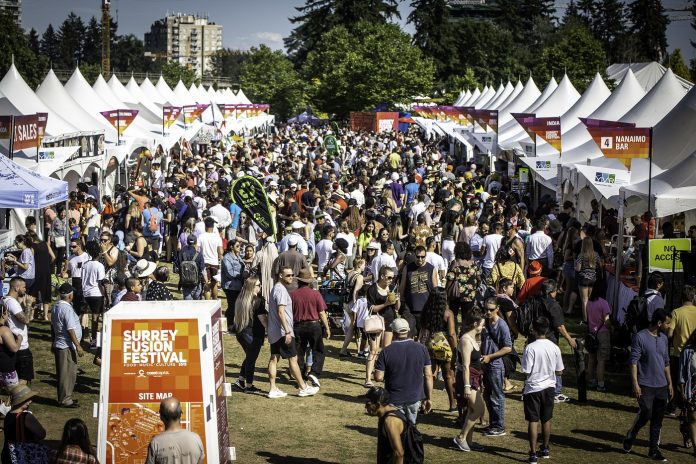 The two-day festival saw participation from over 50 cultural pavilions and seven stages of live entertainment including headliners K’NAAN,

“Surrey Fusion Festival highlights the best food, music and culture our diverse and inclusive city has to offer,” said Surrey Mayor Doug McCallum. “Fusion has become a summer tradition where the community comes together to celebrate the cultures of the world. On behalf of Council,

I would like to extend my sincere thanks to our presenting sponsor, Coast Capital Savings, as well as the numerous cultural and community groups for their continued support in helping make this great event possible.”

Partial funding for Fusion Festival was provided by the Department of Canadian Heritage to bring together cultural communities from across the Lower Mainland to celebrate each other’s history, heritage, and traditions. The Community Support, Multiculturalism, and Anti-Racism Initiatives Program works to build on Canada’s strength as a diverse and inclusive society.