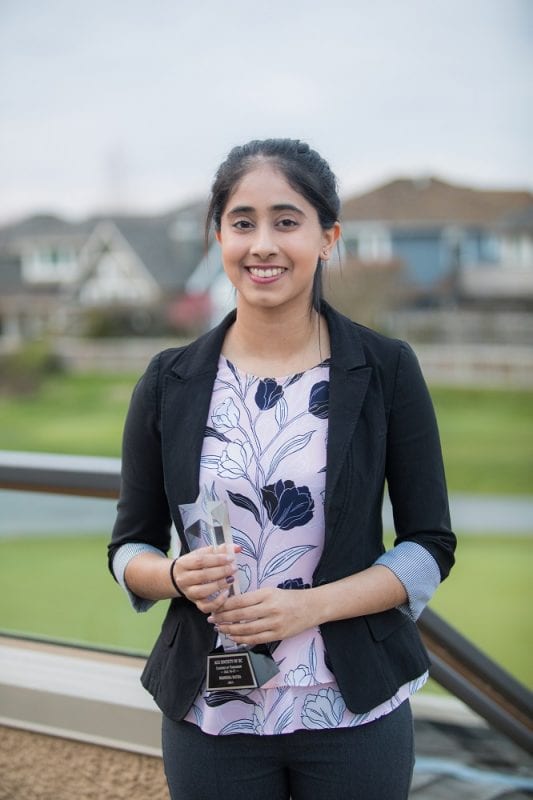 DURING her grade 12 year, Manisha Batra wanted to leave a legacy at her high school of giving and caring, whilst raising awareness about ALS.  Over the course of the year, she held a number of fundraisers, collected door to door donations, held bake sales, and relays.  Through her efforts, she raised $1,350.

At the volunteer awards ceremony for the ALS Society of BC, Manisha received the Leaders of Tomorrow Award in the 13-17 years old category.

“When my grandma was diagnosed with ALS, I didn’t know much about the disease,” said Manisha. “I was surprised that so many people in my community were unaware of ALS, what it is, and how it affects people, so I went on a mission to create awareness for ALS.”

“She took on this initiative alone,” said Wendy Toyer, the Executive Director of the ALS Society of BC. “People like Manisha are making the world a better place—especially for people living with ALS.”

More hope on the way for ALS patients

People with ALS will benefit from research, clinical trials