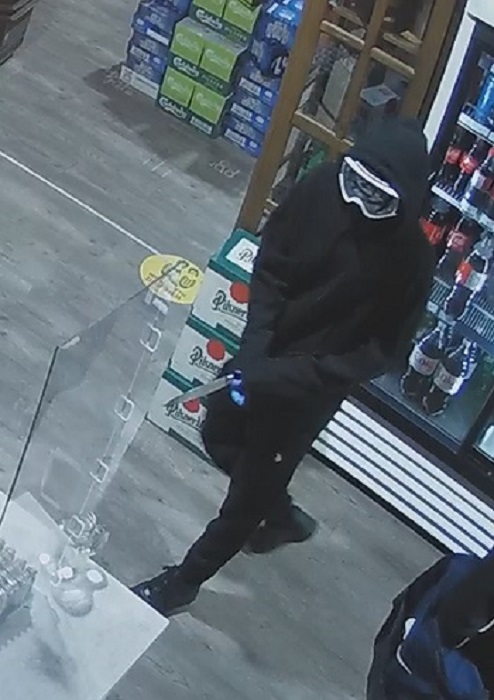 THE Surrey RCMP Robbery Unit is investigating a robbery that occurred at a liquor store in Cloverdale and requesting the public’s assistance with identifying three suspects.

On March 15 at 9:21 p.m., police received a report of a robbery inside a liquor store in the 18800-block of 72 avenue. It was reported that one of the suspects threatened staff with a knife and demanded money, while another suspect stole liquor off the shelf.

Surrey RCMP frontline officers arrived on scene within minutes; however, the suspects had fled the area. The three suspects were able to get away with cash and liquor, but fortunately, no one was physically injured.

The suspect with the knife (first photo) was described as wearing all black clothing, blue latex gloves and white ski goggles.

The second suspect was described as wearing a black Adidas hoodie, blue latex gloves and carrying a blue and white Nike duffel bag. 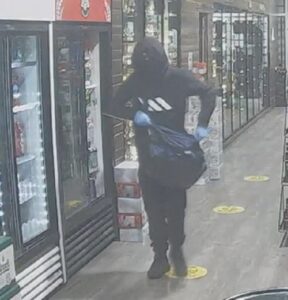 “The suspect’s faces are not visible in the photos,” says Surrey RCMP Media Relations Officer, Constable Gurvinder Ghag. “However, investigators believe that the suspects are youths that likely have ties to the local community and that someone who knows them may recognize their clothing, especially the unusual use of ski goggles to conceal their identity.”