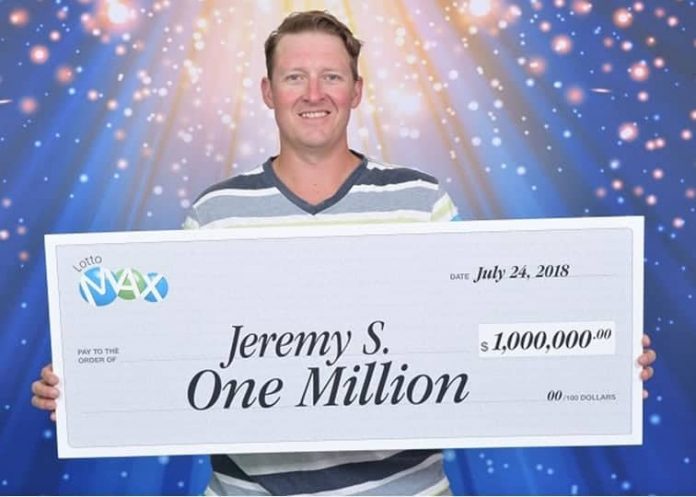 SURREY’S Jeremy Scramstad is looking forward to living the dream after discovering he matched all seven numbers from the Lotto Max draw on June 1 to win the $1 million Maxmillion prize.

Scramstad purchased his ticket, folded it, put it in his pocket and then forgot about it. “I was getting coffee on my lunch break, saw my lottery ticket and decided to scan it,” said Scramstad. “When it said a million dollars, I went back to my van to double and triple check the numbers on the Lotto! App.”

Realizing he really was a winner, he waited until his wife had finished work and called her to share the news. “We both just started screaming with excitement,” he added.

As the big win continues to sink in, Scramstad is relocating to the B.C. Interior with his family, where he says the prize money will allow him to live his dream. “I have always wanted a house or a boat on the lake,” he said. “It will make life less stressful and allow me to enjoy time with my family.” Future plans also include a trip to Disneyland to celebrate.