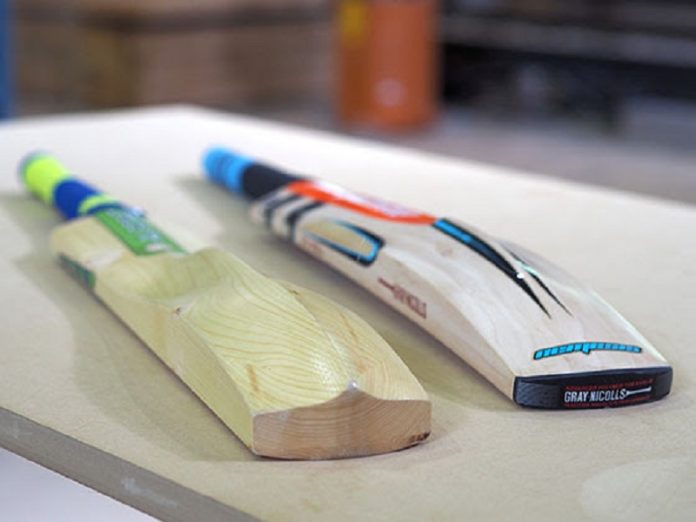 YOUNG kids dreaming of becoming the next Steve Smith, Eoin Morgan or Virat Kohli rarely have access to cricket bats used by the stars of the game. Now a new bat designed at the University of British Columbia could put a high-performing bat into their hands and ultimately bring even more people into the sport.

The bat resembles the top-rated bats in the market but can be made more economically using cheaper materials.

“At least a million people play cricket and 2.5 billion people watch the game, making it the world’s second most popular sport after football,” says the leader of the project, UBC forestry professor Phil Evans, himself a fan of the game since his early days playing cricket in the fields of England. “But for young kids just starting out, the cost of a high-quality bat can be prohibitive.”

Evans and colleague Sadegh Mazloomi used machine learning and genetic algorithms to teach a computer to maximize the performance of a cricket bat. The result was a bat that closely resembles some of the finest bats on the market that sell for hundreds and sometimes thousands of dollars and are made of English willow.

“The back of the bat is uniquely shaped so that it does what it’s supposed to do—it minimizes rebound energy when it makes contact with the ball, allowing the batsman to transfer full power to the shot,” said Mazloomi, a PhD researcher who wrote the algorithms.

“It’s fascinating that our cricket bat, which was designed based on physics and machine learning techniques, actually resembles the best commercial bat designs, which evolved by trial and error over hundreds of years,” he added.

The researchers say cricket bat manufacturers can use this technique to produce a great bat out of cheaper woods like Kashmiri willow or even poplar.

“English willow is the best wood for bats, but there is room for alternatives, as long as the bat performance stays the same. Manufacturers could optimize the design of the bat to match the unique characteristics of a particular species of wood—and our technique can make that possible,” says Evans, the BC Leadership Chair in Advanced Wood Products Manufacturing at UBC.

However, batsmen won’t be hitting sixes with the new bat (nicknamed Algobat by its creators, for “algorithmically optimized”) anytime soon. Evans plans to first test the prototype and compare its performance with high-end commercial bats.

“We hope that manufacturers can use this method to either make the world’s best cricket bat, or to make them out of cheaper woods while maintaining the quality and the performance of the bat,” said Evans. “Our ultimate goal is to put high-quality bats in the hands of all the young kids in Australia, England, India and elsewhere who cannot currently afford one.”