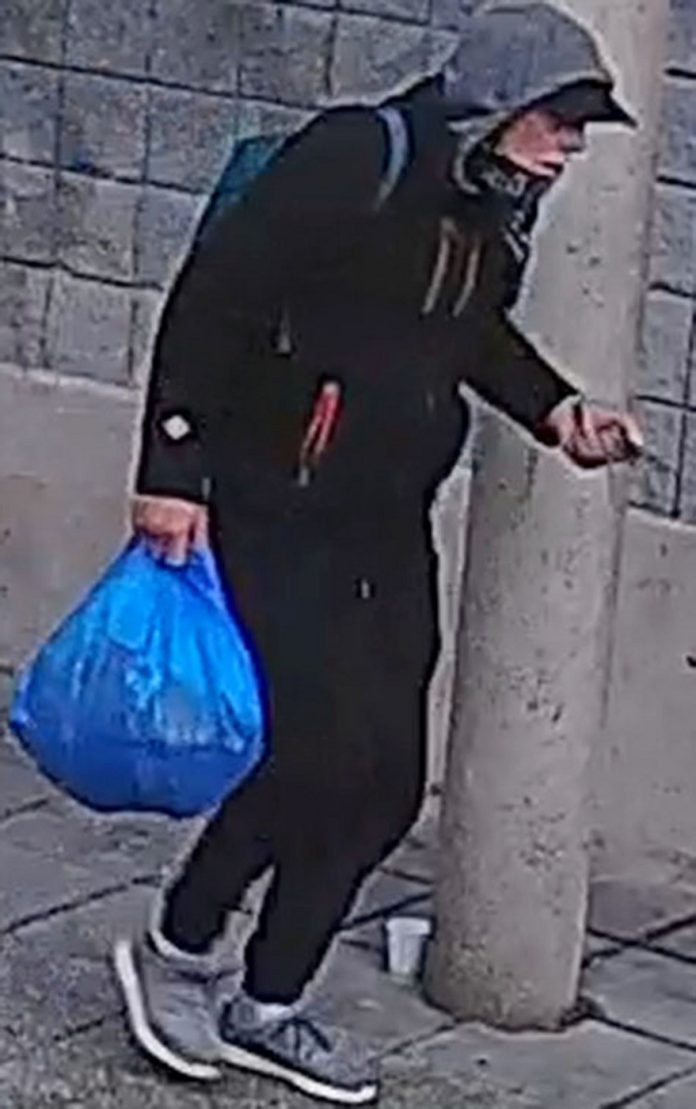 VANCOUVER Police are seeking the public’s help in identifying a suspect who defaced several large windows at the Chinese Cultural Centre with hateful graffiti on Vancouver’s Downtown Eastside last month.

“It’s disheartening to report that these types of crimes are ongoing during the pandemic,” said Constable Tania Visintin on Friday. “Our department takes crimes with such hate attached extremely seriously. We will not tolerate this in our city.”

Police believe the suspect walked into the courtyard of the Chinese Cultural Centre in the afternoon of April 2, and wrote disturbing, racist remarks towards the East Asian community on four large glass windows.

The suspect is described as white, with a thin build.  At the time of the incident, he was wearing a black jacket, black pants and grey running shoes.  He was also wearing a black baseball cap with writing on the front and had a black and white bandana covering his nose and mouth.