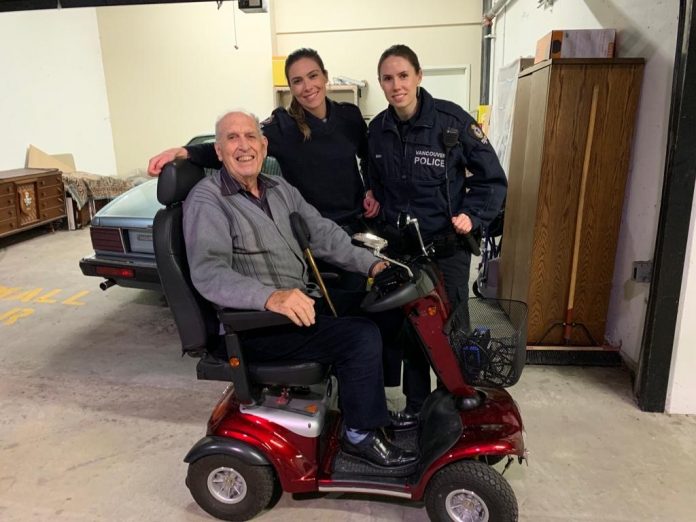 VANCOUVER Police recovered a mobility scooter, stolen from an 86-year-old Canadian air force veteran in West Vancouver, and returned it to its owner on Tuesday.

The scooter, valued at $3,500,  was reported stolen the morning of Tuesday, November 26 to West Vancouver Police. VPD patrol officers came across the report while working on a different investigation.

Officers had reason to believe the scooter could be in the Downtown Eastside and conducted a meticulous search, on foot, in the area. They located the scooter near Main Street and East Georgia Street.

“Our officers deal with crime on a daily basis, but when a vulnerable person is victimized, it really hits us hard,” says Sgt. Aaron Roed. “The victim served his country in the air force, and now, as a senior, the scooter was his only mode of transportation.”

After recovering the scooter, officers loaded it into a police vehicle and drove it to West Vancouver to return it to the owner.

The investigation into the theft is ongoing. No arrests have been made at this time.

Anyone who witnesses a theft is asked to call 9-1-1 immediately.