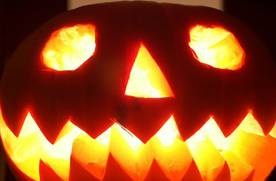 VANCOUVER Police are deploying extra officers throughout the city this weekend, which is expected to be among the busiest of the year.

“We expect more 9-1-1 calls, and we’ll have extra police officers working to keep people safe and respond to the increased demand for police,” said Constable Tania Visintin on Friday. “These additional officers include a team dedicated to the Granville Entertainment District and Gastown, as well as near schools and parks.”

Costume weaponry has been an issue for police in the past. This includes plastic handgun and hatchets, and imitation swords. VPD encourages people to either leave fake weapons at home or make sure they are easily identifiable as imitation.

“Community safety is a shared responsibility. Motorists, cyclists, and parents are reminded to be extra cautious on Halloween as children will be out and about that night,” said Visintin.

Vancouver Police are offering the following tips for safe trick-or-treating: