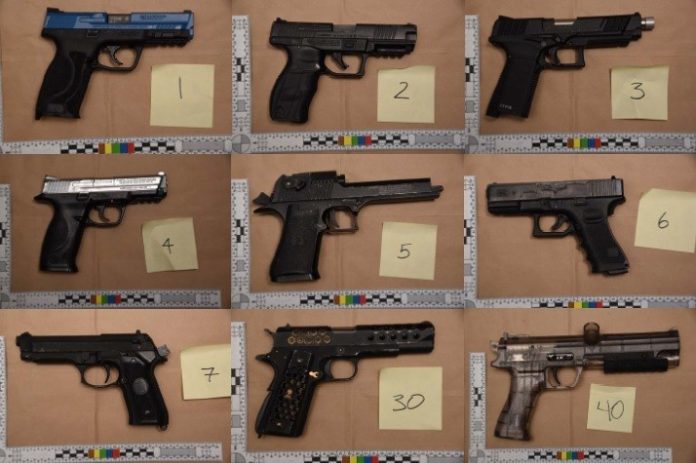 VANCOUVER Police have seized another stash of weapons from a home close to Oppenheimer Park, further raising concerns of public safety and violence around the park.

Just before 1 p.m. on March 4, VPD officers received information there was a large amount of weapons inside a suite in the area of Dunlevy and East Cordova Streets. After obtaining a search warrant, officers seized  nine imitation firearms, ammunition, swords, hatchets, and several other suspected stolen items.

“More weapons have now been removed from the street,” said Sgt. Aaron Roed on Friday.  “We will continue to take steps to improve safety in the area for everyone. ”

The following items were seized:

Balveer Singh Boparai, 51, charged in relation to five arsons in...