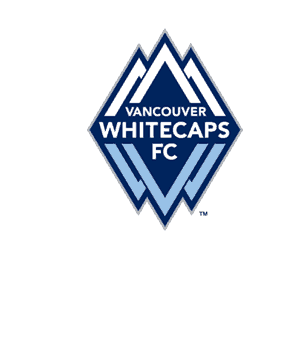 VANCOUVER: Vancouver Whitecaps FC (8W-8L-3D) came up short in their bid for a third straight win on Sunday afternoon, falling 2-1 to Portland Timbers (8W-8L-6D) in front of a crowd of 25,083 at BC Place.

Portland went ahead early in this one through rookie Jereme Ebobisse, who was making his first MLS start with striker Fanendo Adi suspended. Ebobisse put the Timbers ahead in the 14th minute, directing in a low cross from Dairon Asprilla on the second phase of a corner.

The ‘Caps nearly equalized on a pair of first-half headers, with Christian Bolaños sending a Jordan Harvey cross just over the goal and Timbers keeper Jake Gleeson denying Tony Tchani on a Bolaños corner, before eventually finding the back of the net in the 45th minute.

Bolaños was involved again, whipping in a corner that Tim Parker flicked on to the back post, where Andrew Jacobson tapped it in off the line to draw the game level.

Portland would regain their lead shortly after the break.

In the 49th minute, Sebastian Blanco finished from the centre of the box thanks to a fortuitous one-two with Ebobisse, who set up the goal with a cheeky back heel after Blanco was dispossessed at the top of the box.

Vancouver had two glorious chances to level the score once more – a half-volley from Brek Shea at the centre of the box and a Parker header off a Bolaños free kick –  but Gleeson made a pair of outstanding stops to preserve the victory for the visitors.

The Timbers now sit three points up on Vancouver for fourth place in the Western Conference, though they’ve played three more games.

Next up for Whitecaps FC is a trip to FC Dallas on Saturday (5 p.m. PT on TSN 2 and TSN 1410) – their first of three straight matches on the road before returning to BC Place to host Houston Dynamo on August 19.

NEWS AND NOTES
Whitecaps FC centre back Kendall Waston did not dress on Sunday after starting for Costa Rica in a 2-0 loss to the U.S. in Saturday’s Gold Cup semifinals … Bolaños has now recorded an assist in three straight matches for a team-leading seven helpers on the season.

MCMILLAN ‘CAPS CORNER KICK DONATIONS
For every ‘Caps corner kick at home, McMillan donates $100 to the United Way. An additional $500 is donated for every goal scored off a corner kick. This match McMillan Corners for Kids has donated $900 for a running total of $7,700.