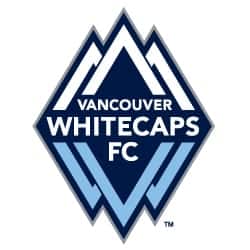 VANCOUVER: Vancouver Whitecaps FC (12W-9L-5D) extended their unbeaten run to four matches with a 3-2 win over Real Salt Lake (10W-14L-5D) on Saturday night at BC Place.

Cristian Techera, Kendall Waston, and Yordy Reyna provided the scoring for Vancouver, while Jake Nerwinski and Bernie Ibini each had a pair of assists. The ‘Caps, who finish the night third in the Western Conference, have now won three of their last four matches. They have also now surpassed their point total from 2016 with eight matches still remaining.

The ‘Caps looked dangerous from the get go on Saturday against an RSL side that had only lost one of their last nine matches – and Techera was heavily involved.

In the sixth minute, the lively Uruguayan beat his man in midfield and played a fine ball out wide to Ibini, but the Australian’s right-footed attempt was blocked by a sliding RSL defender. Then, in the 14th minute, Techera rolled one just wide after a fantastic throughball from Fredy Montero.

Techera would eventually open the scoring in the 29th minute, finishing a low Nerwinski cross with his weaker right foot after some fine interplay down the right.

RSL responded shortly later, somewhat fortuitously with Chris Wingert’s cross from the left bouncing passed the line after David Ousted made the initial save.

At any rate, it was all-square heading into the break.

But Whitecaps FC would regain their lead early in the second half through Waston, who finished with his left foot after Tim Parker headed a Yordy Reyna free kick off the far post.

Then, after a pair of fine saves from Ousted, Reyna added a third ‘Caps marker in the 64th minute.

The play start on the right when Nerwinski won the ball off Joao Plata before finding an unmarked Ibini in the box. The big Australian then fired a ball across the face of goal that was met by a diving Reyna header at the back post.

RSL got one back late through Tony Beltran, but Whitecaps FC would hold on for their 12th victory of the season. Saturday’s match was Vancouver’s first of four straight at BC Place. They’re right back at it on Wednesdayagainst Minnesota United FC, before hosting Columbus Crew SC next Saturday, September 16 and Colorado Rapids on Saturday, September 23.

NEWS AND NOTES
Saturday marked Robinson’s 50th win in his MLS head coaching career … Robinson made seven changes to his starting lineup after Vancouver’s 2-1 win over Orlando on August 26 … the only repeat starters were Nerwinski, Waston, Jordan Harvey and Ibini … Christian Bolaños was not available for Saturday’s match due to a knee contusion he suffered while on international duty with Costa Rica.

MCMILLAN ‘CAPS CORNER KICK DONATIONS
For every ‘Caps corner kick at home, McMillan donates $100 to the United Way. An additional $500 is donated for every goal scored off a corner kick. This match McMillan Corners for Kids has donated $200 for a running total of $9,000.