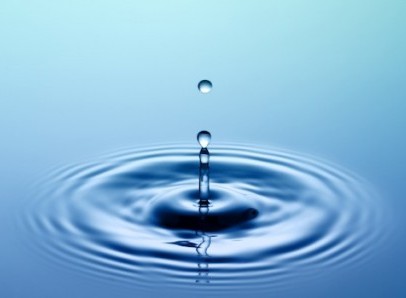 AS drought and water scarcity continued to rise for most of the southern half of British Columbia, the B.C. government on Tuesday reminded everyone of the concerns about water supply security for users and the environment.

Although some areas in the northern part of the province have recently received healthy showers that alleviated most dry conditions, the rainfall received in some southern areas has not had a considerable effect on water scarcity relief. The scattered and short-term showers over the weekend may buffer drought effects, but are not enough for water systems to recover. The unseasonable heat and dry conditions forecast mid-week and lasting through the weekend will continue to exacerbate drought conditions for many southern areas.

Many freshwater angling closures are in place throughout B.C. due to increased stress to fish from low flows and high-water temperatures.

Voluntary reduction of water usage, from surface and groundwater in southern B.C., is encouraged. Voluntary water reduction already implemented in some areas has helped slow down the intensification of drought conditions and the need for regulatory action.

All water users in affected areas need to reduce their water use wherever possible and observe all watering restrictions from their local/regional government, water utility provider or irrigation district.

If conservation measures do not achieve sufficient results and drought conditions worsen, regulatory action may be taken under the Water Sustainability Act. This includes temporary protection orders issued to water licensees to avoid significant or irreversible harm to aquatic ecosystems. Provincial staff are actively monitoring the situation and working to balance water uses with environmental flow needs.

The only area under Drought Level 5 is the Kettle Basin located in the Kootenay region, where adverse impacts are almost certain.

Areas under Drought Level 4 as of August 4 include:

* the North and South Thompson basins, as well as the Salmon River, Coldwater River and Nicola River watersheds in the Thompson Okanagan region;

* the Lower Mainland and South Coast basins; and

In these areas, adverse impacts of drought on people, fish or ecosystems are likely.

Ten other watershed basins in B.C. are either under Drought Level 2 or Drought Level 1. British Columbia ranks drought levels from 0 to 5. Drought Level 5 is the most severe, with adverse impacts to socioeconomic or ecosystem values almost certain.

Water used to extinguish a fire or contain and control the spread of a fire remains exempt from a provincial water licence or approval. However, people under an evacuation order due to wildfire must leave the area immediately.

* Do not water during the heat of the day or when it is windy.

* Do not leave taps running.

* Focus on high-value crops and livestock.

* Use water-efficient methods and equipment.