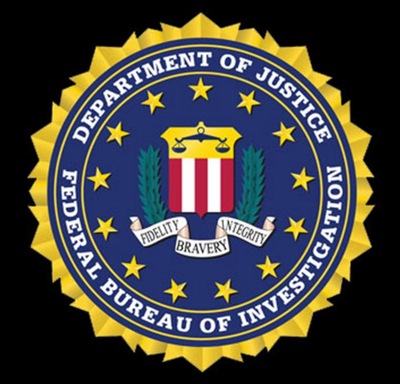 ON October 15, a federal grand jury in Pittsburgh returned an indictment charging six computer hackers, all of whom were residents and nationals of the Russian Federation (Russia) and officers in Unit 74455 of the Russian Main Intelligence Directorate (GRU), a military intelligence agency of the General Staff of the Armed Forces, according to a Federal Bureau of Investigation press release on Monday.

These GRU hackers and their co-conspirators engaged in computer intrusions and attacks intended to support Russian government efforts to undermine, retaliate against, or otherwise destabilize:

(4) efforts to hold Russia accountable for its use of a weapons-grade nerve agent, Novichok, on foreign soil; and

(5) the 2018 PyeongChang Winter Olympic Games after Russian athletes were banned from participating under their nation’s flag, as a consequence of Russian government-sponsored doping effort.

Their computer attacks used some of the world’s most destructive malware to date, including: KillDisk and Industroyer, which each caused blackouts in Ukraine; NotPetya, which caused nearly $1 billion in losses to the three victims identified in the indictment alone; and Olympic Destroyer, which disrupted thousands of computers used to support the 2018 PyeongChang Winter Olympics.  The indictment charges the defendants with conspiracy, computer hacking, wire fraud, aggravated identity theft, and false registration of a domain name.

According to the indictment, beginning in or around November 2015 and continuing until at least in or around October 2019, the defendants and their co-conspirators deployed destructive malware and took other disruptive actions, for the strategic benefit of Russia, through unauthorized access  to victim computers (hacking).  As alleged, the conspiracy was responsible for the following destructive, disruptive, or otherwise destabilizing computer intrusions and attacks:

“No country has weaponized its cyber capabilities as maliciously or irresponsibly as Russia, wantonly causing unprecedented damage to pursue small tactical advantages and to satisfy fits of spite,” said Demers.  “Today the department has charged these Russian officers with conducting the most disruptive and destructive series of computer attacks ever attributed to a single group, including by unleashing the NotPetya malware.  No nation will recapture greatness while behaving in this way.”

“The FBI has repeatedly warned that Russia is a highly capable cyber adversary, and the information revealed in this indictment illustrates how pervasive and destructive Russia’s cyber activities truly are,” said Bowdich.  “But this indictment also highlights the FBI’s capabilities.  We have the tools to investigate these malicious malware attacks, identify the perpetrators, and then impose risks and consequences on them.  As demonstrated today, we will relentlessly pursue those who threaten the United States and its citizens.”

“For more than two years we have worked tirelessly to expose these Russian GRU Officers who engaged in a global campaign of hacking, disruption and destabilization, representing the most destructive and costly cyber-attacks in history,” said Brady.  “The crimes committed by Russian government officials were against real victims who suffered real harm.  We have an obligation to hold accountable those who commit crimes – no matter where they reside and no matter for whom they work – in order to seek justice on behalf of these victims.”

“The exceptional talent and dedication of our teams in Pittsburgh, Atlanta and Oklahoma City who spent years tracking these members of the GRU is unmatched,” said Christman.  “These criminals underestimated the power of shared intelligence, resources and expertise through law enforcement, private sector and international partnerships.”

The indictment accuses each defendant of committing the following overt acts in furtherance of the charged crimes:

The defendants and their co-conspirators caused damage and disruption to computer networks worldwide, including in France, Georgia, the Netherlands, Republic of Korea, Ukraine, the United Kingdom, and the United States.

The NotPetya malware, for example, spread worldwide, damaged computers used in critical infrastructure, and caused enormous financial losses.  Those losses were only part of the harm, however.  For example, the NotPetya malware impaired Heritage Valley’s provision of critical medical services to citizens of the Western District of Pennsylvania through its two hospitals, 60 offices, and 18 community satellite facilities.  The attack caused the unavailability of patient lists, patient history, physical examination files, and laboratory records.  Heritage Valley lost access to its mission-critical computer systems (such as those relating to cardiology, nuclear medicine, radiology, and surgery) for approximately one week and administrative computer systems for almost one month, thereby causing a threat to public health and safety.

Defendant Kovalev was previously charged in federal indictment number CR 18-215, in the District of Columbia, with conspiring to gain unauthorized access into the computers of U.S. persons and entities involved in the administration of the 2016 U.S. elections.

Trial Attorney Heather Alpino and Deputy Chief Sean Newell of the National Security Division’s Counterintelligence and Export Control Section and Assistant U.S. Attorneys Charles Eberle and Jessica Smolar of the U.S. Attorney’s Office for the Western District of Pennsylvania are prosecuting this case.  The FBI’s Atlanta, Oklahoma City, and Pittsburgh field offices conducted the investigation, with the assistance of the FBI’s Cyber Division.

The Criminal Division’s Office of International Affairs provided critical assistance in this case.  The department also appreciates the significant cooperation and assistance provided by Ukrainian authorities, the Governments of the Republic of Korea and New Zealand, Georgian authorities, and the United Kingdom’s intelligence services, as well as many of the FBI’s Legal Attachés and other foreign authorities around the world.  Numerous victims cooperated and provided valuable assistance in the investigation.

The department also thanked Google, including its Threat Analysis Group (TAG); Cisco, including its Talos Intelligence Group; Facebook; and Twitter, for the assistance they provided in this investigation.  Some private sector companies independently disabled numerous accounts for violations of the companies’ terms of service.