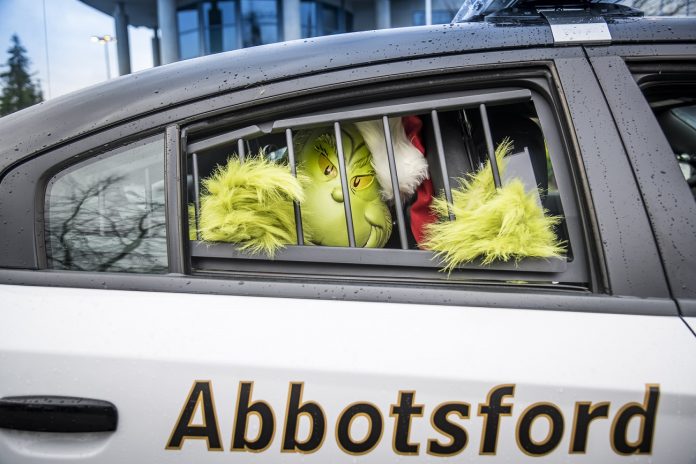 ABBOTSFORD Police say is not uncommon for crime in and near shopping malls to increase during the busy Christmas season. This week, the Abbotsford Police Department launched “Project Blitzen” – an initiative aimed at interrupting and stopping theft from retail outlets and automobiles in and around major retail centers.

In just three days, officers connected with over 30 shop owners and managers to discuss the proactive steps they could take to protect their businesses. Officers have responded to 22 files over the past three days alone, resulting in seven arrests. Numerous other suspects were confronted and prevented from stealing.

Project Blitzen presented some interesting arrests that demonstrate the prevalence of retail crime:

On Tuesday, a male was released from custody for a shoplifting incident in the morning. A few hours later, he was again arrested for stealing from a local mall. Later the same day, he was arrested for a third time stealing from yet another shopping mall. That is three separate arrests in less than 24 hours.

Project Blitzen officers responded to a shoplifter that had been apprehended by a store’s loss prevention officer. Upon arrival, officers encountered another known shoplifter exiting the same store; officers located more stolen merchandise on this person.

This project utilized tactics by both uniformed and undercover officers. It is impossible to know the full impact of this initiative; however, it is believed that a significant number of thefts from autos and retail outlets were prevented.

Project Blitzen is one of the many crime prevention initiatives Abbotsford Police will be undertaking to reduce property crime in the community. They encourage everyone – shoppers and businesses alike – to be vigilant during this busy holiday season and take the necessary precautions such as:

THE NDP said on Thursday that if it was up to B.C. Liberal Leader Andrew Wilkinson, there would...
Read more

RCMP are the only police force in Canada that refuse to accommodate bearded Sikh officers THE World Sikh Organization...
Read more