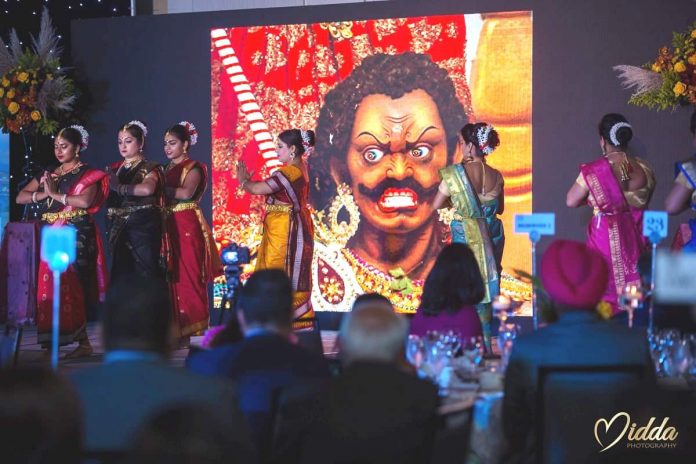 The Festival of Lights celebration was a sold-out event with guests dressed in colorful ethnic costumes to mark the beginning of Diwali celebrations in the true Indian traditional way.

The event began with a welcome address by Vivek Savkur, President and CEO of BC-India Business Network, and the playing of the national anthems of Canada and India. The music for both the anthems was specially arranged by the eminent Indian Grammy Award winner and conservationist Ricky Kej.

To mark the occasion of Dussehra and Diwali, a colourful ballet, “The Goddess and the Demon,” depicting the theme of victory of good over evil, was very artistically presented by SGR Communications under Sumita Roy’s direction. The ballet was followed by sizzling Bollywood dance performances by a duo from Andaz Entertainment.

The buffet dinner which followed the entertainment had a wide variety of Indian cuisine and Diwali delicacies specially prepared by Master Chef Karan Suri of the Fairmont Waterfront Hotel. The guests could not stop raving over the delicious dishes and the wide variety of culinary delights superbly presented and prepared by expert chefs from India.

Fine organic wines to suit the spices of India were sponsored by Karnail Singh Sidhu and his wife Narinder, owners of Kalala Organic Wines, Kelowna.

The exciting event of the evening was the much awaited draw for two premium economy class tickets to Indian destinations gifted by Air Canada, the patrons of the BC-India Business

Network. James Howey of Air Canada also announced daily non-stop flights from Vancouver to Delhi, with effect from June 2, 2019, which will bring BC and India closer commercially and culturally. The direct non-stop flights between Vancouver and India will give a big boost to BC-India Business.

Indeed, it was an evening to remember!