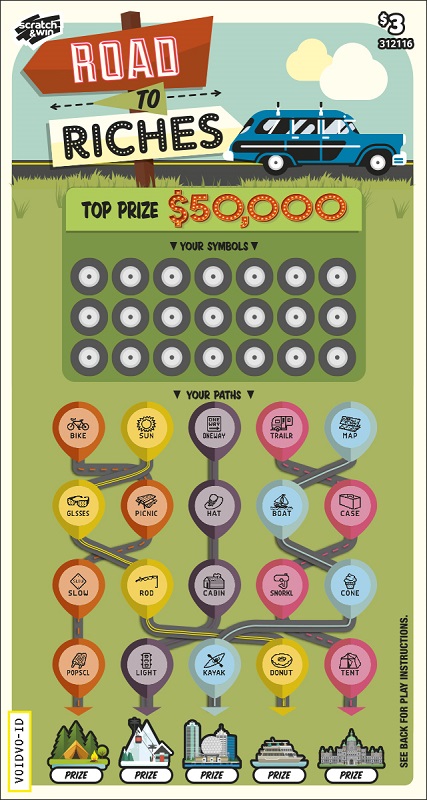 THE BC Lottery Corporation (BCLC) on Tuesday advised British Columbians who played its new $3 Road to Riches Scratch & Win product on June 6 to re-check their tickets following an error that occurred in a system that validates whether the ticket has won or not.

BCLC said it is working to notify players as soon as possible so that they can re-check tickets, wherever possible. “We sincerely apologize to our valued players for the error,” it added.

Players who purchased a $3 Road to Riches on Monday – the first day that the new ticket launched – can re-check their ticket(s) at any BCLC lottery retail location, on the Lotto! App or by calling BCLC at 1-866-815-0222.

BCLC’s systems indicate that, in total, players checked approximately 1,898 $3 Road to Riches Scratch & Win tickets yesterday at retail locations or on the Lotto! App. Of tickets checked, approximately 503 were winning tickets but displayed a “not a winner” message.

BCLC began to review ticket validations for $3 Road to Riches after a player contacted BCLC on June 6, 2022, regarding a ticket that showed as “not a winner” on a ticket-checking terminal, even though the symbols scratched on the ticket corresponded to a prize.

Out of an abundance of caution, BCLC said it later suspended validations for the $3 Road to Riches game while it reviewed the issue.

As of approximately 5 a.m. on June 7, BCLC had tested and confirmed that validations for this game were working as expected and indicating accurately whether a ticket had won or not.

BCLC confirmed that no other ticket was impacted by this error related to the loading of validation files into BCLC’s gaming system. It said it is reviewing the matter so that it can be prevented in the future.

Players who have questions may contact BCLC’s Customer Support Centre.